Home Entertainment Overflights: how to build a friendship 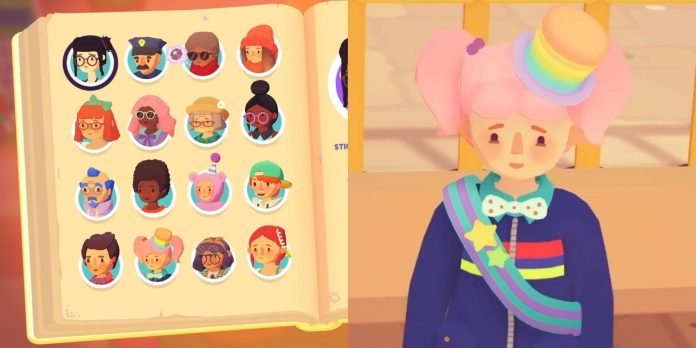 Perhaps the best way to get Wishes and make a Gammy in Ooblets is to make friends with the residents of Badgetown. They are listed on the “Frenz” tab in the menu. They also give a set of stickers and gifts after the main character reaches a certain level of friendship with them.

But building these friendships doesn’t happen by itself. Many symbols can be left at zero and remain at zero throughout the game. This is a rejection of some selected resources that will make Ooblets a much more enjoyable activity. Start creating permanent friendships in advance!

Talk to each of Frenz once a day

There is no denying the cool atmosphere at Ooblets. This is one of the perfect games to play while listening to a podcast. Make a habit of visiting potential friends in the main village of Badgetown and chatting with them. Look for a white sphere above their heads, which indicates that talking to them will increase the friendship counter.

Not every resident has the opportunity to become a friend. These characters won’t have icons above their heads, so feel free to ignore them (or chat with them just for fun). You can talk to each of your friends once a day to get more experience, so don’t bother them all the time.

At different times, friends will ask the character to bring them something. Sometimes it’s their lost flyby (hopefully it’s not abandoned in the Wilds), a crop they’d like to eat, or a drink. Completing a task significantly increases the level of friendship.

These tasks should have a high priority because those who have given the request will not accept a daily conversation until the task is completed. Thus, the longer these tasks remain unfinished, the further the friend will lag behind.

Give a daily gift

After fixing Hankerbot, gamers will start every day off with a letter telling the character which character would like to receive a specific gift. Gift giving does not work for any character unless Hunkerbot says so and the gift must be delivered on the same day.

For those who have forgotten what kind of gift it was and who got it, an icon of the desired item will appear on the “Frenz” tab in the magazine next to the recipient’s portrait. Attach it to your tool belt and click the “Gift” button to give it to a friend. This is a huge rush of experience, comparable to completing a task, and it can be done once a day.

European Super League, What Effects Can it Have on FIFA and...