Home Entertainment Overcooked: All You Can Eat, análisis 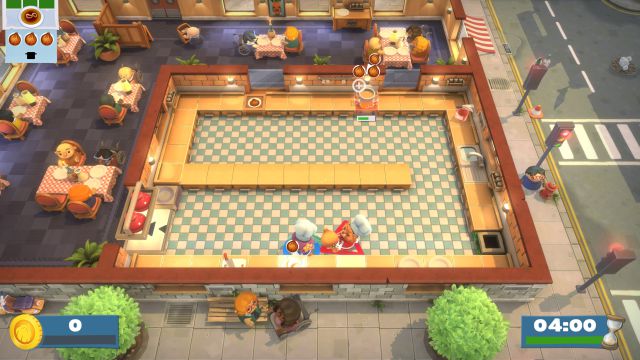 The perfect recipe that collects Overcooked and Overcooked 2, spiced up with all its additional content. Perfect for Easter.

There is a certain prejudice towards cooking video games. Traditionally, they are considered titles with a null challenge and focused on a child audience. Nor has the sexist marketing that classifies that genre as “games for girls”, as opposed to titles supposedly aimed at male audiences, helped. Fortunately, times change and we are leaving certain prejudices behind. We know that the kitchen does not understand gender and we all like to enjoy a good dish. Likewise, we have titles that show us that skill is essential when it comes to coping in the kitchen. Overcooked is one of the examples that reminds us that kitchen management can become crazy and its second part rounded off its predecessor with online games and new mechanics such as throwing ingredients. Overcooked All You Can Eat is the compendium of all of the above, with the included DLCs and more additions that make this new installment a delicious dish. We can taste it on PC, PS4, Xbox One, Xbox Series, PS5 and Nintendo Switch.

To the rich chaos between stoves!

Overcooked was developed by Phil Duncan, Gemma Langford, and Oli De-Vine – the trio that make up Ghost Town Games – to recount their personal experiences as restaurant workers. His work is not only about gathering and preparing the ingredients to cook a delicacy, but also about making sure that it arrives safely at the table in the shortest possible time, about avoiding unforeseen events between the stoves and the dangers of the stage. But, above all, it is a true vindication of teamwork, although the stress of the game can lead us to tense situations.

The base of Overcooked and Overcooked 2 is practically the same. We will handle 1-4 chefs who must cooperate to meet customer orders on time, while moving through a kitchen whose distribution is not exactly logical. Thus, we will have to distribute and fulfill tasks such as looking for the ingredients in a cupboard to cut them at the other end, then take them to the pot and serve the order on the counter after going through the kitchen again. Nor should we forget the dishes, which we must wash if we want to continue serving customers in a decent way. If this were not very exciting, we will have to deal with modules that constantly change places, passers-by who cross the street without consideration, floating islands on lava and a myriad of bizarre situations, according to each region of the game. All this if we do not forget a frying pan on the fire or a lit oven, which can lead to a fire that spoils our entire kitchen. As for the plot plots, they are simple stories in a humorous way, with unforgettable characters such as King Onion and the adorable canid Kevin – whom we can caress. In Overcooked, we must satisfy the bottomless stomach of the Wolverine of Eternal and in Overcooked 2, appease the wrath of the pandemonium. We also mention an excellent location in Spanish that makes the setting even more immersive.