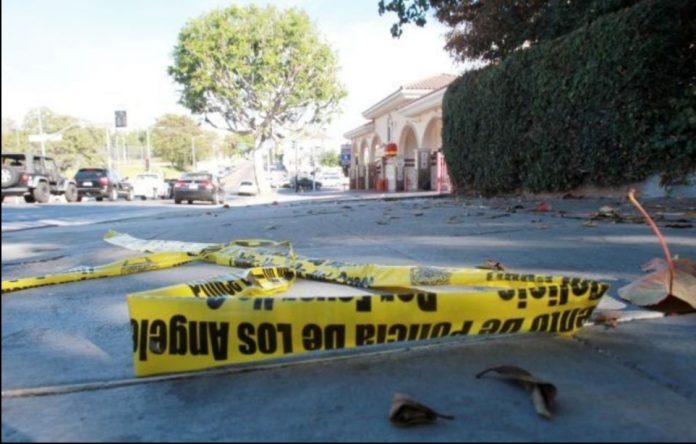 FBI report indicates that Jews are the most harassed of religious hate crimes, since in 2019, 60.2% of them have reported hate attacks.

“This is extremely worrying because they are not isolated incidents, but rather they are the result of a trend that cannot be ignored,” explained Leah Soibel, founder of the Fuente Latina organization.

Total hate crimes in the country reached 7,314, the highest number since 2008, according to the recently released FBI report.

On August 3, 2019, an individual killed 23 people in a supermarket in El Paso, Texas, in what has been described as the deadliest hate crime against Hispanics in modern U.S. history, and crimes for Sexual orientation has been on the rise since the FBI began keeping a record of them in 2013. It is known that in 2019 at least 11 transgender people were murdered in the country, but the FBI itself considers that this is a much smaller number than what actually happens.

The Anti-Defamation League (ADL) indicated that 2019 had registered more anti-Semitic attacks than in all previous years, since the count began in 1979, with 2,100 violent acts, including assaults, vandalism and harassment. And in recent years the American Jewish community has suffered the most lethal attack in its history, that of the Tree of Life synagogue in Pittsburgh, with 11 dead in 2018, but also the attacks of Poway, Jersey and Monsey, as well as several isolated robberies in Brooklyn.

“In times of crisis, Jews have served as a scapegoat for social frustrations,” says Soibel. “From the Middle Ages to Nazism that has been a historical constant. And the current situation, with internal and external political conflicts in the midst of a global pandemic, is the perfect breeding ground to manufacture guilty of difficult situations and that cause uncertainty, “she added.

During the recent electoral campaign, disinformation became very present in social media and even penetrated the traditional media.

“We saw it in places like Florida, when the WhatsApp application of many Hispanic users was invaded with false and scary information, aimed at terrorizing voters who, for the most part, did not inform themselves through the traditional media. and yes through a means as lacking in control and data contrast as telephone messages ”, said the expert.

The “information” disseminated by individuals and groups, national and international, with different spurious intentions, “were plagued by the same tropes as always,” Soibel said: “They referred to a group of Jews who control many areas of world power and intrigue to continue doing so ”.

The expert indicated that the downside of all this is that, “although it sounds ridiculous and simplistic,” there are people who believe it and who, influenced by it, act accordingly.

The Center for Studies on Hate and Extremism of the University of the State of California released a recent study in which it pointed out that crimes for anti-Semitic prejudices had increased in 2019 by 14%, placing that year among those that had accumulated more than 900 anti-Semitic attacks in the last decade.

Zinedine Zidane: his wife Veronique has sacrificed a lot for him!

Star Wars: The Rise of Skywalker, Disappointment At Box Office