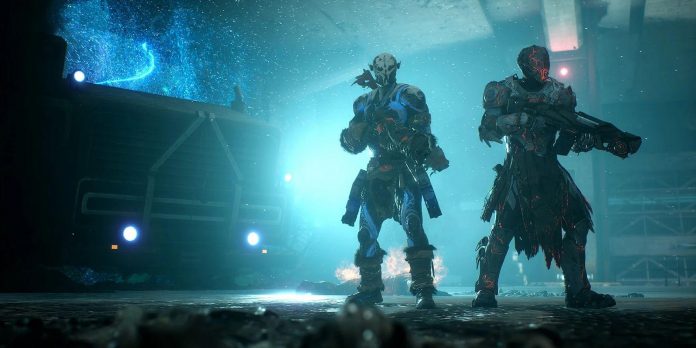 In the long newsletter of the Outriders community manager, information about the upcoming addition of Worldslayer appeared. The news includes the expected release date and time, as well as a detailed overview of new content and changes to Outriders patches, ranging from balance adjustments to planned quality of life improvements.

Outriders has occupied a small place in the genre of loot shooters for a little over a year, having experienced a rather difficult launch and the subsequent struggle to retain players. Outriders was developed by People Can Fly, the Polish studio behind most of the Gears of War series, along with the chaotic and successful 2011 first-person shooter Bulletstorm. The game received average reviews: players, as a rule, enjoyed the loot and shootouts, but struggled with errors and server problems due to the requirement of the game to always be online. Since the release, People Can Fly has released a number of updates to address some of these issues, and there will be new changes in Worldslayer.

In the announcement of the Outriders team, the release time of Worldslayer was confirmed: June 28 for early access and June 30 for the main launch. For both early access and launch, the extension will be available for download at 9:00 PDT / 16:00 UTC / 17:00 BST. All players need to download the latest Outriders build regardless of whether they have purchased Worldslayer or not, as the build includes many bug fixes and balance adjustments that also affect the main game. Excluding discounts, upgrading Worldslayer to the base game costs $39.99, and the combined Outriders and Worldslayer package costs $79.98. Outriders is currently being sold on Steam at a 45% discount, which is a good opportunity for players who want to start the game.

The newsletter contains many details about Worldslayer, including new content and changes to the base game that will affect all players. Worldslayer comes with a brand new campaign with new enemies, environments, and gear sets. Outriders classes will receive new PAX skill trees to further improve character builds, as well as an endgame Ascension system that allows you to advance above level 30. The challenge levels will be replaced by 15 Apocalypse levels, difficulty levels that can be applied to the campaign. Weapons, mods, kits, and overall difficulty were somehow rebalanced.

Despite the fact that a lot of new content will appear with Worldslayer, it is noteworthy that some of the most popular functions, such as uploading, have been recognized by the team, but have not yet been implemented. Outriders had a losing first year, so we hope that new content and changes in the game will help expand the community and allow developers to devote more time to improving the game.

Outriders is available for PC, PS4, PS5, Xbox One and Xbox Series X/S. The Worldslayer add-on is released on June 30.