Home Entertainment Outriders Worldslayer: How to Get Pax Points 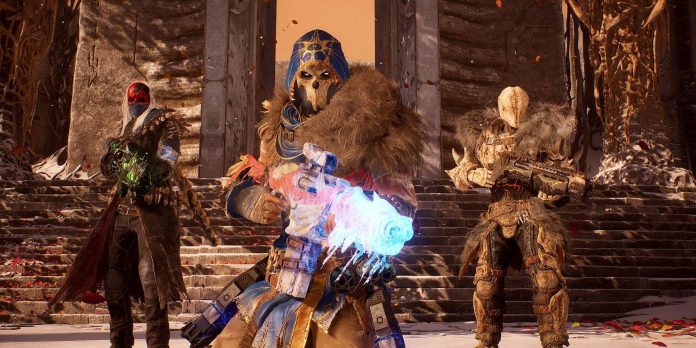 One of the new features introduced in Outriders Worldslayer are the new Pax skill trees, designed to guide veteran players along new skill paths, strengthening their characters against new expansion content. Designed to give players who have completed the main Outriders campaign the opportunity to enjoy something more challenging, the Worldslayer add-on has added a new campaign, an updated loot game and a new brutal Outriders endgame expedition that draws players in. in the meat grinder, that is, the Test of Tarja Gratar.

The game takes place in the extremely hostile world of Enoch, where humanity is fighting for survival. In Outriders, players take on the role of an Outrider, one of the Changed: mutants who have developed extraordinary supernatural abilities. In Worldslayer, Outrider must travel to the farthest corners of Enoch to fight Ereshkigal, a powerful and extremely dangerous Changeling at the head of a rebel group known as the Rebels. The expansion will add even more intuitive Outriders fights and shootouts, and four game classes: Devastator, Pyromancer, Technomancer and Trickster will receive a new Pax class tree with unique sets of bonuses to unlock.

Unlike the Outriders Worldslayer Ascension Points system, which offers players passive feats in which players can invest points, the new Pax trees are very active, and bonuses greatly affect the character’s style of play on the battlefield. To unlock them, the player must first reach level 30 and complete the new main quest Worldslayer Trepidation. The Pax tree for each class offers two separate branches where players can spend the earned Pax Points on new bonuses.

How to Earn Pax Points in Outriders Worldslayer

The new bonuses in the Pax skill trees have been designed to significantly improve the Outriders characters, and therefore the player can earn a total of only 5 Pax points throughout the Worldslayer expansion. The improved Outriders Worldslayer endgame seems to target veteran players in particular, so unless new players take advantage of the expansion boost to get a character right up to level 30, they won’t immediately gain access to the Pax system. Pax points are earned after certain basic missions in the Worldslayer add-on:

The first four points are earned by completing the Worldslayer story, so the player cannot miss them. The last point can only be earned by completing the Tarja Gratar Challenge, a particularly challenging endgame activity designed to challenge veteran players who are stuck despite the chaotic launch of Outriders and continued unprofitability. Pax points can be spent in the character’s Pax skill tree, either by adopting a hybrid approach to combat, spending points in both branches, or by going all-in on one branch and further specializing the character.

Fortunately, the developers of the game from People Can Fly decided not to permanently fix the player’s choice on the Pax trees. As with the base game’s class trees, the player can change their Pax bonuses for free by trying out powerful new builds to see what best suits their style of play.