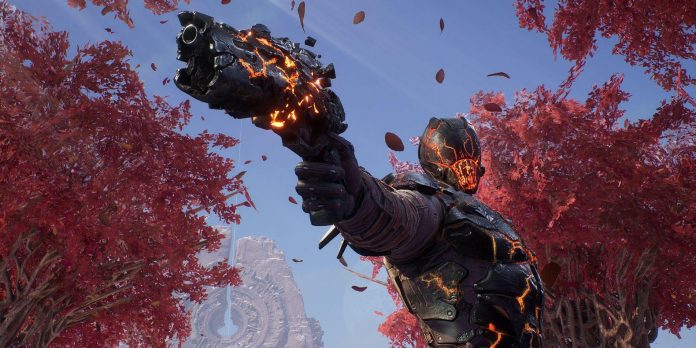 One of the new character development features introduced in Outriders in the Worldslayer expansion is the Ascension system, which allows players to level up to earn ascension points and invest them in powerful passive bonuses for their characters. Developed in addition to the existing character development systems in the game, Ascension is designed to be played by players for dozens of hours, killing enemies and completing missions for XP. With the first Outriders expansion adding complex endgame content, players who want to deal with these challenges and get to the very top of the loot game will have to spend time and points to strengthen their character builds with Ascension.

Like most of the content in the Worldslayer add-on, the Ascension system becomes an active part of the player’s experience only after the player character overcomes the level 30 character limit in the Outriders base game. At this stage, the experience points that the player earns go to unlock Ascension levels, which give the player one ascension point per level. The Ascension system includes 20 passive bonuses divided into four sets: Anomaly, Cruelty, Endurance and Valor. With each Ascension point, the player can unlock one of the passive bonuses or increase the bonus level to a maximum level of 10. Unlike the new PAX points system from Worldslayer, which offers more significant bonuses for completing certain missions, Ascension is much more fragmented, with only 200 Ascension points available throughout the game so that players can gradually improve their character’s bonuses.

However, Ascension can significantly improve the capabilities of a player’s character when a lot of points are invested in it. Players who want their characters to be at the top of their game can take advantage of certain actions in Worldslayer to make the process of obtaining Ascension points more efficient.

How to Quickly Earn Ascension Points in Outriders

Ascension levels are earned by gaining XP, so the player should try actions with the ability to farm enemies, such as Outriders Expedition missions. This makes the brutal Tarja Gratar Trial expedition from the Outrider add-on an excellent choice. Tarya Gratar is great for players who have reached the Outriders endgame, as it has a lot of high-level loot, a horde of difficult enemies and bosses, as well as a certain degree of customizability. Players can spend a couple of hours on a single Tarja Gratar walkthrough, making sure to defeat all enemies and bosses on their way to get an incredible harvest of XP, or go through shorter sweeps to gain less experience but more efficiency. Despite this, multiple dungeon paths and partially randomized enemies shouldn’t tire things out too quickly.

Players who want to earn a lot of points quickly will also benefit if they focus on other endgame activities, especially those that appeared in Worldslayer or on the four expeditions presented in the Outriders New Horizons update: City of Nomads, Molten Depths, The Marshal’s Complex and Wellspring. Some of them, such as The Wellspring, offer a satisfying challenge, while others, such as The Marshal’s Complex, are short, enjoyable and great for effectively farming enemies. The Boom Town Expedition also works well as it is relatively short, but it has a horde of enemies that players can break through. Regardless of what actions players choose to farm enemies, they should strive to perform them at higher levels of the Apocalypse, which determine the difficulty of the game, providing bonus effects to both enemies and players. At the higher levels of the Apocalypse, players receive an ascension experience multiplier, which can be incredibly useful for leveling up. However, playing alone in Outriders becomes a little less viable at higher difficulty levels, and a good squad is worth its weight in gold.

Despite this, players should strive to find their middle ground between efficiency and challenge; playing at high levels of Apocalypse for this experience multiplier can seem tempting enough that players can just forget that it also makes enemies much more dangerous. On top of that, Ascension still gives advantages even if the player hasn’t invested much, so he shouldn’t hesitate to invest a few points for a little extra health and weapon damage.