Home Entertainment Outriders: The best build for the Trickster Assassin (updated for Worldslayer) 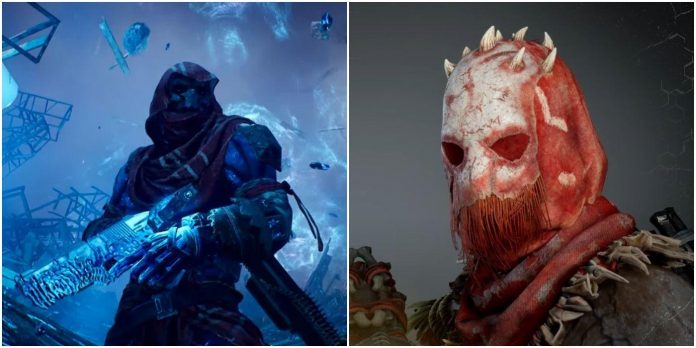 Sci-fi video games often spell the death of the prototypical rogue. The concept of a character that stayed in the shadows, deals massive backstab damage, and then runs off into the night is considered more of a medieval tactic than a strategy of the future. Thankfully for gamers who love this playstyle, Outriders has decided not to give up on the idea and gives players the Assassin Trickster.

There is something so satisfying about sticking a shotgun into the back of an unsuspecting enemy and pulling the trigger. Outriders experts are absolutely all-in on this not only because it is a fun way to play, but because of its raw effectiveness against bosses. However, there are a bunch of rookies that see this style in action yet are unsuccessful in mimicking the performance in practice. This is a breakdown of what the best Assassins are doing and how to become the best force of physical damage in all of Enoch.

Updated on July 7th, 2022 by Hodey Johns: Many will look at the new endgame content, new weapons, and additional talent trees and already get a sense of how the builds have updated since Worldslayer. But this is only a fraction of the equation. The new foes and bosses employ different moves and tactics. These types of targets should not be a second-hand consideration. This build has been updated to account for the new opponents, giving players the skills and gear that best counters anything Worldslayer has to throw at them.

Barring enlisting the help of friends in the game to carry the Assassin through, the nodes can make or break this build entirely. There is not much wiggle room here; a single Death Probability has to give way to even more incredible nodes. The Equilibrium and Singularity nodes are avoided as well since mods and armor set bonuses are a more effective means of reducing cooldowns.

RELATED: Outriders: The Best Build For The Harbinger Trickster

It should be obvious at this point that weapon damage is the most important part of being an Assassin. The skills, while helpful, mostly exist to go on cooldown so that the Assassin gains 150% increased Weapon Damage after all three skills have been used.

The Phasing node may seem like more of a support or tanking skill than an Assassin move. Teammates will appreciate it, true, yet this ability fits the Assassin Trickster well. It will activate right before the Assassin ports into damage, protecting them at their most vulnerable.

The highlight is Quantum Entanglement, which removes the largest drawback of using a physical damage Trickster. When elites come around, the Trickster can focus on these opponents and the lesser minions will die automatically.

The nature of Ascension points is that every class and build, given the time to farm, can max out every node. So this build only provides an accurate starting point for gamers. After that, the rest of these points have more to do with luxury than necessity.

There is nothing deceptive about how to build an Assassin Trickster when it comes to Ascension points, go straight for Brutality and build up physical damage. Start with the Close Range Damage because it works so well with the Pax points.

Temporal Blade Enemies in front of the Trickster are Paralyzed, Slowed, Interrupted, and take Anomaly Damage. Hunt the Prey Teleports the Trickster behind an enemy and provides the Trickster with a shield. Venator’s Knife Throws a knife that ricochets between up to five enemies. These enemies are Marked and the next shot against them will do double damage and inflict Slow.

​​​In order to get the 150% damage bonus, the Trickster needs to select a skill from each of the Movement, Deception, and Damage types. Choose ones with low cooldowns.

While many builds try to make use of Twisted Rounds, that ability adds Anomaly damage to the Trickster’s shots and this build focuses on physical damage. The other issue is that Scion of the Power only works after the Damage skill has ended, meaning that Twisted Rounds delays the necessary 50% damage increase. Temporal Blade is the superior Damage type option because it can be cast quickly and players can get back to the shooting.

RELATED: Outriders: The Best Build For The Reaver Trickster

Venator’s Knife will receive a bunch of mods that come along with the legendary armor set, but it doesn’t need much help to become a naturally powerful ability for the Assassin. Double damage alone will be a death blow to most minions and the bosses will not enjoy the Slow status effect.

The signature move here is Hunt the Prey due to its mobility. The shield is rather negligible, but it will provide just enough survivability to prevent death on higher Apocalypse Tiers. Like the Venator’s Knife, the end-of-game armor set will give this skill some freebie mods. Understanding how Apocalypse tiers work will further reinforce these moves as the right ones for Assassins.

This build is, thankfully, not overly dependent on mods, so any player trying to learn about where and how to craft will have some time before needing to mess around with the mods. Skills act as support to the physical damage and because the Assassin doesn’t have any bonuses to Anomaly Power, trying to amp up the damage of any skill is generally the same as leaving the slot empty or unused.

The High Roller comes with the perfect mods already equipped. Embalmer’s Rage makes all shots critical for five seconds after a kill. That’s an absurd advantage for a shotgun that doesn’t always get the accuracy bonus from critical hits. The Clip Roller mod automatically reloads weapons after rolling, completing removing the need to reload guns manually ever again. The more time shooting, the better.

The Ugake Otarah legendary set makes it so that Hunt the Prey does not go on cooldown so long as the enemy ported to is marked with Venator’s Knife. This will lead, inevitably, to a string of kills, allowing the Assassin to kill, port, kill, and port repeatedly.

All but two of the mods boost either Hunt the Prey or Venator’s Knife. For those two, replace them with Cut Loose and Misery, which respectively decrease the cooldown of Temporal Blade and increase the duration marked by Venator’s Knife.

Endgame Theory Explains How Mutants Can Logically Fit into the MCU

“Batman 2” can recoup the teaser of the best sequel to...