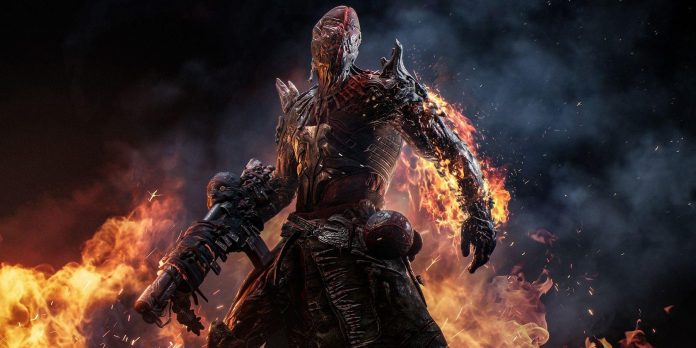 Square Enix’s find in the luther shooter genre is available for free on Steam this week, giving players the opportunity to play the full version of Outriders. While Outriders has always had a free demo available, this free-to-play event allows players to advance as far as they can for a limited period of time.

Outriders was released in April 2021, created by Polish developer People Can Fly and published by Square Enix. People Can Fly is best known for games like Painkiller and Bulletstorm, as well as for collaborating with Epic Games on Fortnite and the Gears of War series. Outriders is a looter shooter in the same vein as Destiny and Borderlands. Players choose from four classes with different abilities and skill trees, using loot and crafts to improve their play style and cope with increasingly complex content. The game received average reviews, players enjoyed shooting and mining, despite the presence of bugs and some unsuccessful design options.

From June 20 to June 23, it will be completely free to play Outriders on Steam. Players are reported to have completed the campaign in about 12 hours, although it will probably take about 30 hours if players take the time to explore and complete additional content such as side quests, rewards, and hunts. At the same time, a three-day window to play the game without restrictions should be enough for players to experience most of its content outside of the free demo. The Outriders demo can be played for unlimited time, but the content is limited to the prologue and the first chapter, and it takes about three hours to reach the maximum level 7.

This free-to-play period helps promote the upcoming Worldslayer add-on for Outriders. Worldslayer will be the first Outriders add-on to bring with it a separate campaign, as well as new enemies and environments to explore. Worldslayer will introduce new sets of legendary armor, some of which will be available for all four classes. Also, a new PAX tree system will appear in Worldslayer, a separate skill tree for each class. This tree will use PAX points to activate nodes from two different branches, which gives players the opportunity to come up with hybrid builds or further specialization of their character.

Thanks to a major New Horizon update, including many features requested by the community, and the first downloadable content of the campaign, Outriders is experiencing some resurgence after a problematic launch. Hopefully, the free-to-play period will strengthen the number of players in the game before the release of the Worldslayer DLC and inspire People Can Fly to continue improving the game according to player feedback.

Outriders is available for PC, PS4, PS5, Xbox One and Xbox Series X/S. The Worldslayer add-on is released on June 30.

The New Gross Chapter Is More Epic Than Ever In the...