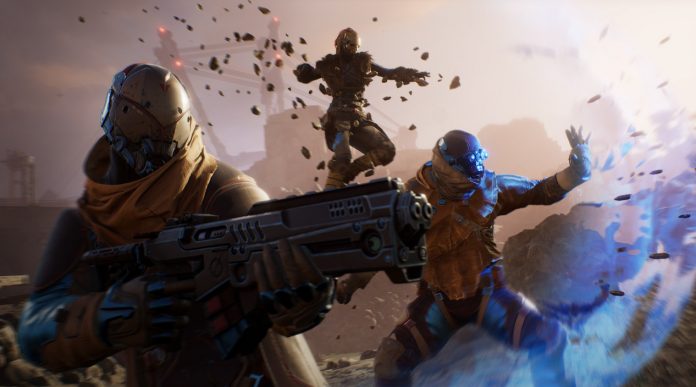 Outriders game has been grappling with problems since its release in early April. But a bug that recently cleared all inventory came to the fore after the new patch released over the weekend. Several Outriders players reported that they lost up to 100 hours of progress due to an “inventory” bug that took away all valuable “Epic” and “Legendary” items. Outriders developer People Can Fly stated that fixing the inventory deletion problem is their top priority. Fly said they are working to bring back the lost items.

‘Items’ steam in Outriders, team made a statement

The support team of the Outriders game, which has faced many problems since its release and has been compared to Cyberpunk 2077, made the following statement on Twitter regarding the latest inventory error:

“We are aware that some users have encountered an inventory clearing. We are very sorry for this. We are doing everything we can to solve this problem, both on the server and game side. ”

“Earlier today, we implemented additional preventative measures on our servers to protect against any inventory deletion. These reduce the occurrence of this problem. However, it does not eliminate it completely. ”

“If you run into this problem, take the following method to protect your equipment: As soon as you notice your equipment is missing, force close the game immediately and then restart it.”

It is unclear whether Outriders inventory errors are getting smaller. For players who have already lost everything, these methods no longer help. People Can Fly has not yet set a deadline for the process to fix the problem. It also did not guarantee whether the items would come back after the fix.

Changes in weapon stats in the game are determined randomly. So even if you repeat the same task, the stats of the items you get are different. Players spend dozens of hours obtaining legendary weapons. Therefore, taking back the same weapon may not be enough for players. Because if the statistics reached by the weapon are not the same, this item will no longer be useful for players.

Outriders can be played on PC, PS4, PS5, Stadia, Xbox One and Xbox Series S / X.

Phasmophobia To Receive Two New Ghosts In The Next Update