Outlander is currently positioning itself as one of the most prominent romance television shows of the moment, especially on the Starz channel, where the sixth season is currently airing, after two years without any renewal, fans are finally seeing in action once plus the love story between Claire (Caitriona Balfe) and Jamie Fraser (Sam Heughan).

Although Outlander continues to position itself as one of the most watched period dramas of recent years, some fans have detected a serious mistake quite similar to that of the successful Game of Thrones franchise. Everything seems to indicate that the error occurred in the background of a key scene in the premiere of the sixth season.

The fact happened in a very important scene for Jamie Fraser, who was in the first angle. From that moment on, fans were left baffled when a piece of the film crew somehow took a backseat. Interestingly, this happened in the first episode of this Starz drama.

Let us remember that in this installment, the protagonists will be in charge of the responsibilities of Fraser’s Ridge and in turn, the Scottish warrior Jamie and his wife, the time traveler, Claire will be planning their destiny regarding the American revolution that is approaching quite soon. violence.

After revealing more about Jamie’s past, it is shown that he has adjusted to life in the Ridge, though life in America still offers its fair share of challenges. At one point, Richard Brown (Chris Larkin) approached Jamie. the Fraser lands, after his encounter with newcomer Allan Christie (Alexander Vlahos).

Richard publicly accused Allan of stealing the group from him and forced Jamie to dole out a severe punishment of 10 lashes. However, the most detailed viewers diverted their eyes to another objective, and that is, one of the elements of the recording equipment slipped into the background of a brief shot. Here’s how one Outlander fan described it:

“Here at the scene, right after Jamie whipped Allan. The shot used may show Jamie looking moody and dramatic, with a camera set up behind him in the background.”

Other fans immediately decided to join the debate and agreed that this error was very similar to one of the many that could be seen in the fantasy drama of the HBO television channel, Game of Thrones, specifically in the scene when in front of Daenerys Targaryen ( Emilia Clarke) stood a cup of Starbucks coffee. 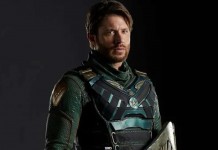 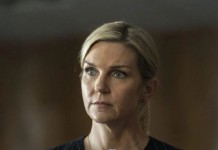 Better Call Saul: What we suspected about the actress who plays Kim’s mom 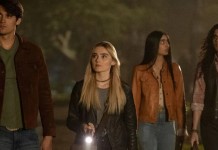 Supernatural: Trailer, Release Date and everything we suspect about The Winchester