Home Entertainment Outer Worlds 2: The Case of a New Companion like Parvati 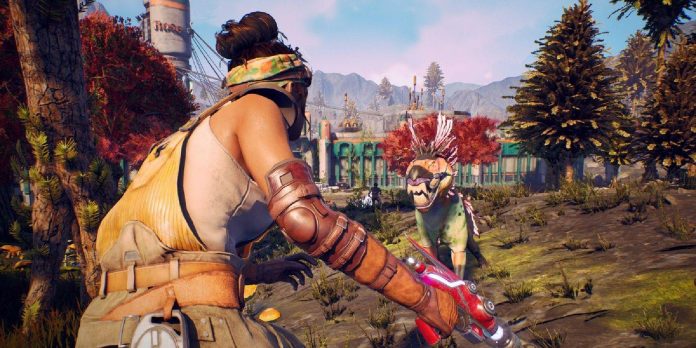 The 2019 role-playing game The Outer Worlds by Obsidian Entertainment and Private Division introduced players to Halcyon, a small star system taken over by corporations and home to very interesting characters. The game became a hit, gamers praised its script, setting and sense of humor, and a few years later The Outer Worlds 2 was shown with a typically irreverent trailer during E3 2021, which echoes the same sensuality as the first game.

The release date of The Outer Worlds 2 has not yet been confirmed, and not many details about the game have been revealed. Players know that they have to explore a completely new star system, even though there are still many mysteries left from the time of Alcyone. There will also be a new team of companion characters, which we hope will be as attractive as the previous set. In a game that is already filled with personality, The Outer Worlds companions have added an extra layer of humor, warmth and entertainment. Among the various non-player characters that players could hire, Parvati stood out as one of the best, and The Outer Worlds 2 should try to replicate her popularity.

Over the years, games have become more diverse, and a wider range of communities and individuals are represented in them. However, although queer characters are becoming more prominent, the full spectrum of sexuality is not often considered. Parvati’s asexuality and queerness is a refreshing change of pace, giving an interesting aspect to her complex characterization. While romance may be part of Parvati’s story, her relationship with the player is instead focused on friendship (as with all The Outer Worlds companions), and this can lead to some truly touching moments.

Parvati is probably the best companion in the game. She is sweet, intelligent, compassionate and friendly, and although it may take her a while to warm up, she easily becomes one of the most interesting and endearing members of the Unreliable team. It’s easy to see why she’s the first companion players encounter, and the fact that she’s followed by the surly vicar Max underscores her value. In a game full of questionable morals and corrupt characters, Parvati’s unwavering views and commitment to what is right are qualities that set her apart.

Why The Outer Worlds 2 Needs an Equivalent Companion

Parvati is not only cute, but also incredibly useful. Each companion in The Outer Worlds has its own unique quirks and advantages, but the mechanical character proves its worth by boosting the protagonist’s persuasion, hacking, and engineering skills when he is in a group. Although it depends on personal preferences, sometimes the player’s favorite companions are not so useful when it comes to combat, and you have to make sacrifices when completing more difficult missions if the boring characters have certain skills rather than more interesting ones. But with Parvati, players don’t often have to make such a decision.

Obviously, The Outer Worlds 2 needs to make some changes compared to the first game and continue to develop what its predecessor achieved in order to continue moving the series forward. However, there are still many elements that players would like to see in the sequel, such as a special kind of satirical humor, freedom of approach to storytelling and combat in various ways, as well as well-written companion characters that you can take with you. for driving. Parvati is unique, but a similar character can be an ideal addition to a new player’s team, especially if they help expand the diversity of the cast.

The Outer Worlds 2 is currently in development.

Stray from PlayStation Gets Backpacks and Backpacks for Cats Line Of...