Home Entertainment Outer Wilds: how to get to the solar station 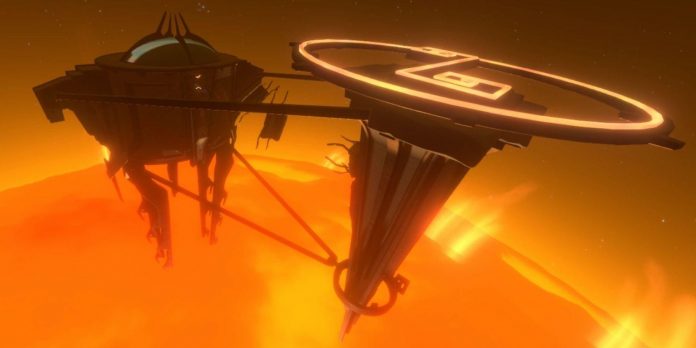 In the Outer Wilds, players are tasked with solving the mysteries of a fictional solar system in the game in a 22-minute time loop that ends with the sun destroying the universe in the form of a supernova. The player can land on any of the game planets or space stations, each of which contains several secrets, hints and valuable pieces of information that are the key to unraveling the truth, as well as to the true ending of the game.

One of these places that players may need access to at some point in the Outer Wilds is a Solar Station. In orbit around the sun of the game, getting to the station is not as easy as it seems. Theoretically, players can land their spaceship directly on the Solar Station, and finaliters may even be interested in trying to do so, since the “Hot Shot” achievement can only be obtained this way. However, this is extremely difficult to do, given the sometimes frustrating controls of the spacecraft and the frequent orbit of the station. Fortunately, there is an easier way to get there.

To gain access to the Solar Station in a safer and more reliable way, players first need to head to Ash Twin, one of two planets orbiting each other endlessly. Players will recognize Ash Two as a planet covered with sand initially at the beginning of the cycle. Players must aim to land on one of the poles of the planet.

Players must first wait for the sand to sink so that they can enter the Tower of the Sun. Once inside, players will need to avoid hitting various cacti growing around the tower. Moving inside, players must pass through the corridor leading to the teleport “Black Hole”.

To use the teleport, players just need to stand on a glass panel on the floor and look up. Once they align with the Solar Station, they should automatically teleport there.

Unfortunately, there is still a little way to go. After teleporting, players will notice that there is no bridge connecting the teleport to the rest of the station. First, players must be able to use gravity floors to walk around and open the nearest door. After that, they can use their plane to get to the other side. Once there, players can freely explore the Solar Station and learn all its secrets.