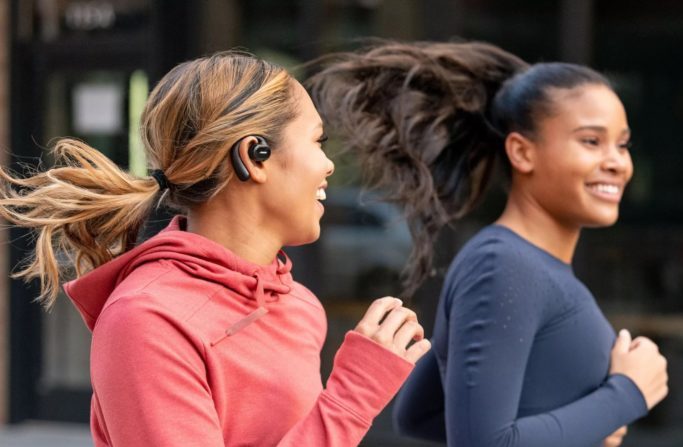 Bose’s latest full wireless headphones, Bose Sport Open Earbuds, are specially designed to keep you aware of your surroundings while you listen. While most other headphones fit inside the ear canal to block at least some of the ambient noise, Sport Open EarBuds settle outside instead.

Considering that headphone manufacturers, including Bose, spend so much money trying to do exactly the opposite with noise canceling technology, a design that allows ambient noise may sound counterintuitive. However, there are many examples that being aware of your surroundings is a very good thing, such as when cycling in traffic or running after dark.

Different headphone manufacturers have taken various approaches to achieve a similar effect. For example, bone conduction headphones such as those manufactured by Aftershokz vibrate to the sides of the user’s head, allowing them to hear music without headphones in their ear. It’s also becoming common for headphones like the AirPods Pro to include some kind of “ambient” or “transparency” mode in which they use their microphones to hear ambient noise and mix it with music.

Bose’s approach is a little different. Instead of sitting in the ear like most headphones, Sport Open Earbuds “gently grasp the outer edge of the ear” and sit above the ear canal. Bose claims that this allows it to work “without an eartip, with almost no skin contact, and without the compression and vibrations caused by bone conduction.” He adds that only the user should hear what the headphones are playing, even at high volumes. On the spec side, Bose says the headphones will provide eight hours of battery life on a single charge. It also has an IPX4 dust and water resistance rating and Bluetooth 5.1 support. They can be controlled by a button on each earpiece (one for calling the virtual assistant on a paired phone and the other to control playback) and there are also built-in microphones for making phone calls. It comes with a carrying case and charging base and can be controlled with the Bose Music App.

Bose currently offers the Sport Open Earbuds model only in the USA. The black colored headphones will be sold with a price tag of $ 199.95. Pre-orders have been opened, and deliveries will begin in mid-January.

Will 4 Teraflop GPU Power be Enough on Xbox’s Alternative Console?

Elon Musk Claims That Cybertruck Will Swim In His Tweet