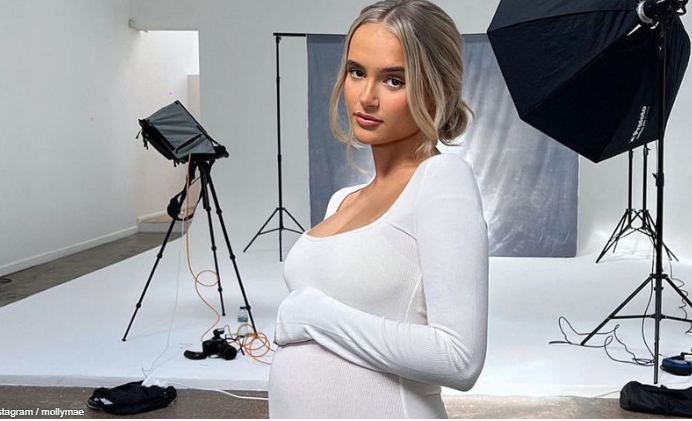 Molly-Mae Haig (23 years old) finally reveals a big secret. A few weeks ago, the Briton surprised her fans with the joyful news that her partner Tommy Fury and she are expecting children together for the first time. Since then, the influential person has kept his community informed of his child’s development. Now the expectant parents had another important announcement: Molly announced that she was pregnant with her daughter.

The 23-year-old girl posted a short video on her Instagram account in which she and her lover revealed the secret of the sex of her child. In the video, Tommy and Molly can be seen releasing a large white balloon with the inscription “Girl or boy?” burst. Pink confetti, which then drips to the ground, makes it clear that the couple can look forward to a daughter. “Our angel,” Molly wrote emotionally under the post.

Just a few days ago, Molly informed her fans during a question and answer session that the future parents had already agreed on a name for their offspring — and it had been determined for quite some time. “We had already chosen a name for a boy and a name for a girl the day we met,” said the former British Love Island contestant. She subsequently assured that she would stick to her name suggestions from 2019.

Jana Kramer says she will finish the half marathon after announcing...