Home Tech Oukitel WP6 is introduced, the phone that is not damaged if the...

Chinese smartphone maker Oukitel announces its competitive new Oukitel WP6. The device, which has a huge battery of 10,000 mAh, promises enormous durability in all conditions with its metallic body.

Unlike the Chinese manufacturers that show up in the mainstream, Oukitel, a brand that is not known much, is positioned in a different place in the sector with its robust phones. The Shenzhen-based company launched the global launch of the highly anticipated new model Oukitel WP6.

Launched by Oukitel as “the world’s first durability-oriented phone with 10,000 mAh battery and 48 MP camera”, the WP6 hosts many features that users may be enchanted with. If you wish, let’s not extend the word and take a look at the features offered by Oukitel WP6.

Powered by the Helio P70 chipset produced in the 12nm fabrication process, the smartphone comes with 6GB of RAM and 128GB of internal storage. Oukitel WP6, which has a huge battery of 10,000mAh under its cover, promises an incredible battery life with 32 days standby and 52 hours active usage time.

Under the power efficiency and superior standby time of the phone lies a special Artificial Intelligence (AI) chip. This chip also allows the device to perform much better on the CPU and GPU side.

The unlock speed is much better than smartphones such as Huawei and Xiaomi, Oukitel WP6 offers a more responsive and faster interface experience with the modified Android Q operating system. The device, which houses a triple camera array with LED Flash support, 48MP + 5MP + 2MP at the rear, has a 16-megapixel selfie camera in the front water drop notch.

Oukitel WP6 price
The Chinese company went on a 20 percent discount on the price of the Oukitel WP6, which is especially for users who do extreme sports. The device, which is normally $ 249 ($ 1.642), can now be purchased for $ 199 ($ ​​1,312) on Aliexpress. Stating that the robustness of the device has been confirmed in the tests performed by professionals, Oukitel did not neglect to share an impressive video about the testing stages of the new smartphone. 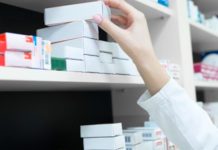 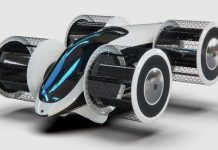 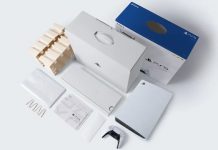 9 government apps you need to know