Home Entertainment Other Sega movies are in development 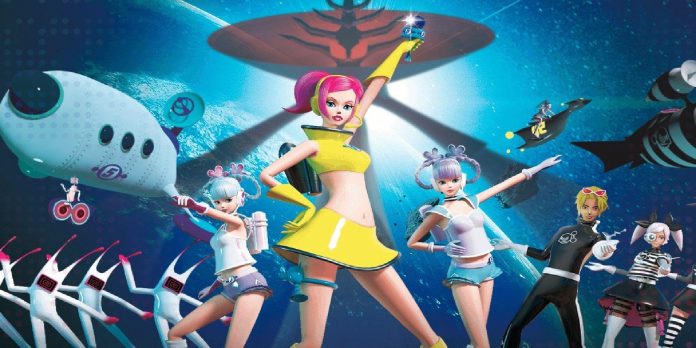 It used to be that, with the exception of a few select releases, many video game films were poorly received by both viewers and critics. However, in recent years, although films such as “Detective Pikachu” and “Mortal Kombat” of 2021 may not claim to be the best image, they have certainly received positive reviews from fans of these game franchises. Sega’s efforts to create video game films have also been successful. Both Sonic the hedgehog films are currently among the highest-grossing video game films of all time.

Now it seems that Sega wants to repeat the success of the Sonic films. It has already been confirmed that a third Sonic the Hedgehog movie is in development, but now Sega is also considering the possibility of adapting some other classic games. In particular, Sega plans to turn Space Channel 5 and Comix Zone into films, and, according to the Hollywood Reporter, some concepts have already been developed for these projects.

Space Channel 5 is a 1999 rhythm game about a reporter named Ulala who manages to fend off an alien invasion and her rivals with the help of dancing. The game was praised for its unique artistic style and soundtrack, and although the sales figures of the original version remained low, in the years since the launch of Space Channel 5, it has gained a solid fan base. According to reports, the concept of the film suggests that the main character is working at a fast food restaurant when Ulala appears, recruiting them to save the future from aliens by dancing.

Comix Zone is a classic beat ’em up game with an interesting twist in which the character moves through the game as if it were a comic book. Comix Zone, which recently appeared in the Nintendo Switch Online expansion pack, proved successful thanks to its stylish visuals and concept. The initial ideas seem to have been transferred to the Comix Zone movie, which will feature an exhausted comic book artist who is being dragged down by the latest issue of their series.

There is currently no information on when these films may be released, and it seems that they are still at the concept stage. To create the Space Channel 5 and Comix Zone adaptations, Sega teamed up with Picturestart, a media company created by Eric Feig, who is currently working on the Borderlands film. In addition to upcoming projects Sonic, Space Channel 5 and Comix Zone, Sega also has a Yakuza movie coming out later this year.

Dead By Daylight: how to resist slugs

Jeremy Renner Knows Nothing Of His Future In The MCU After...