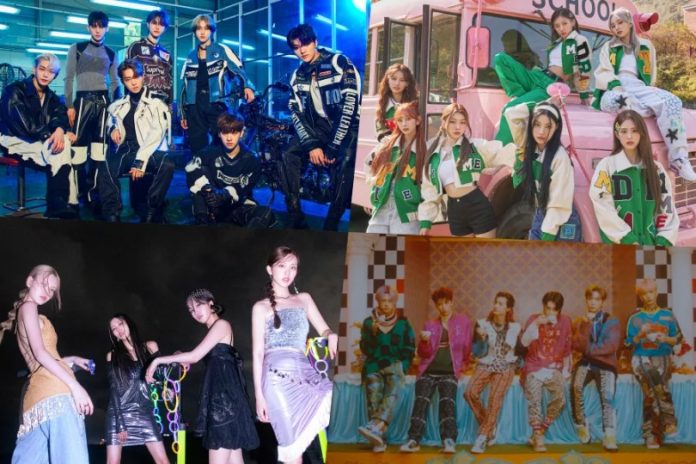 On October 30, other events and comebacks were postponed and canceled to spend a period of mourning after yesterday’s tragedy in Itaewon. In the statements of the agency and celebrities also expressed their condolences to the victims.

Woollim Entertainment has announced that the release and demo of DRIPPIN’s upcoming full-length album “Villain: The End”, originally scheduled for November 1, will be postponed.

IRIS also announced that they are postponing the release of their new single “Stay W!th Me”, which was supposed to be released on October 31.

BRAND NEW MUSIC has canceled the presentation of the return of YOUNITE for the band’s third mini-album “YOUNI-ON”, originally scheduled for October 31 at 16:00. KST.

ICHILLIN’ postponed the release of their third digital single “Draw (MY TIME)”.

Jung Eun Ji of Apink will postpone the release of his upcoming remake of the album “log”, originally scheduled for November 2.

Yeon Chunhyun is also postponing the release of his EP “LONER”, which was supposed to be released later today.

JYP Entertainment also announced the postponement of the release of the second mini-album of Xdinary Heroes “Overload”, which was originally scheduled to be released on November 4.

YG Entertainment shared a brief statement saying: “We have decided to temporarily postpone the promotion schedule and release dates of content for our artists. We will additionally inform you about the detailed schedule.”

Kim Jae-joon has canceled his concert in Japan. A representative of his agency C-JeS shared: “Two hours before the concert, we canceled Kim Jaejoong’s concert in Nagoya at the artist’s request.”

The recently released films “Remember” and “Confession” canceled the appearance of actors and directors in cinemas to greet the audience. Initially, Nam Joo-hyuk, Lee Sung-min and director Lee Il-hyun were supposed to participate in the “Remember” event, and Seo Ji-sop, Kim Yoon-jin, Nana and director Yoon Jung-sik were supposed to participate in the “Recognition”.” Ma Dong-seok’s upcoming film “Plastic People” also canceled its press conference.

On the night of October 29, during the Halloween celebration in the Itaewon district in Seoul, a massive stampede occurred. At the time of publication, it was confirmed that at least 151 people were killed and many were injured as a result of the incident. The Korean government has declared national mourning until November 5.

We once again express our condolences to all the victims of the tragedy and sincerely wish the victims a speedy recovery.

Chloe Sevigny Talks About How The Director Of The Film “Bones...