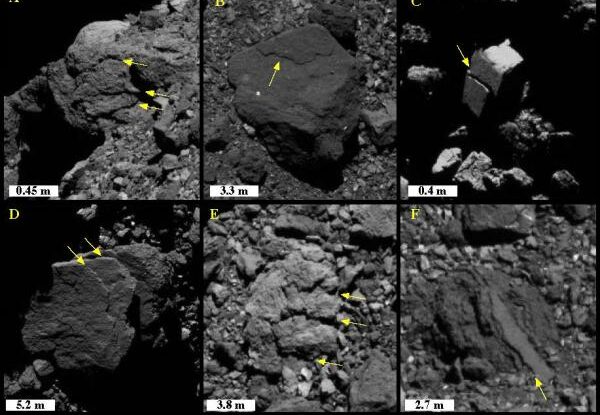 NASA’s OSIRIS-REx spacecraft has begun to descend to sample the Bennu asteroid. The spacecraft also obtained high-resolution images of Osprey, one of Bennu’s areas to collect.

NASA’s OSIRIS REx spacecraft has been revolving around the Bennu asteroid since 2018. The spacecraft, which provides detailed images of the asteroid, has now begun to approach the sky, taking samples over Bennu.

Although it is important to take a sample from the surface of the asteroid, it is a very difficult task. NASA will take an example from Bennu’s area called Nightingale on October 20. However, before taking samples from this region, another region on asteroid, Osprey, will be studied.

That is why OSIRIS REx started diving into Osprey on May 26th. The spacecraft, 250 meters above Osprey, obtained 347 images of the region. By combining the images, a very clear view of Osprey was obtained.

OSIRIS REx will use the robotic arm known as TAGSAM to take samples from Bennu’s surface. The robotic arm, which is about 3.4 meters long, consists of three joints, a sample collector head and pressurized nitrogen gas.

When the spacecraft lands on Bennu’s surface, it will open its arm and touch the sample collector head against the surface of the asteroid. When the head touches the surface, nitrogen gas will be released and samples will be taken from the surface. The sample collector head will also take pictures to make sure that the sample is collected from the surface of the asteroid. In this way, NASA plans to collect at least 60 grams of sample from Bennu’s surface.