Home Celebrity Oscar Awards: Who are your favorite candidates? Would you be surprised? 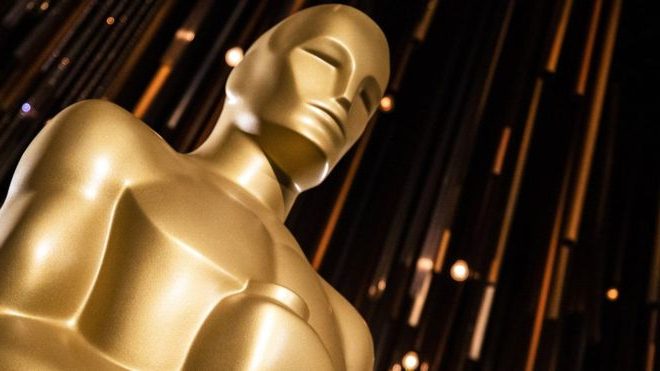 The 92nd Oscar awards will be announced tonight at a ceremony in Los Angeles.

The film, based on Sam Mendes’ First World War, 1917 and South Korean director Bong Joon-ho’s film Parasit, are two films that stand out in the best film award.

You can see the full list of candidates for the Oscar awards this year.

Will Brad Pitt get an acting award?
One of the most curious topics of the night is whether Brad Pitt can get the co-star award. Pitt, who is remarkable for his acting in the Hollywood film Once Upon a Time directed by Quentin Tarantino, is shown as the closest name to this award.

Pitt previously won the Oscar award for his 12 Years a Slave movie, which he produced in 2014. However, his acting has not yet been seen as an Oscar.

Pitt had previously been an Oscar nominee for her roles in the films Twelve Monkeys, The Curious Case of Benjamin Button and Moneyball, and returned empty-handed from the ceremony.

If Phoenix receives an award, will she speak politically?
The favorite name of the best actor award is Joaquin Phoenix for his role in the movie Joker.

Phoenix, who attracted attention with his political speech criticizing ‘systematic racism’ in the ceremonies he previously received, is expected to make a political discourse on the podium if he gets the Oscar sculptor.

“I think he wants to use the platform to say something useful,” said Clarisse Loughrey, a film critic for The Independent newspaper.

If he embraces the Oscar award tonight, this 45-year-old Joaquin will be Phoenix’s first Oscar award. The actor has previously been nominated for his roles in the films The Master, Gladiator and Walk the Line.

It is a matter of curiosity what Phoenix will do after the ceremony. After the Screen Actors’ Guild Awards ceremony in January, he participated in a protest organized by animal rights defenders instead of ‘after-party’ celebrations. Moreover, he did not need to take off his suit.

Laura Dern and Renee Zellweger favorite
Renee Zellweger, the leading actress of the movie ‘Judy’, where she played Judy Garland, is also one of the curious actors of the night.

Zellweger, who was nominated for three consecutive years between 2002 and 2004, won the Oscar for his role in the movie Cold Mountain.

Laura Dern is considered almost certain to receive the best supporting actress award for her role in the movie Marriage Story, published on Netflix.

Although Oscar awards are many surprises pregnant, Brad Pitt, Joaquin Phoenix, and Laura Dern take the figurine home is the expectation of many critics.

It is likely that the 1917 film will receive both awards in the director and best films.

But in the last seven years, both the best director and the best film award have never been to the same movie.

Will Netflix be the star of Oscar this year?
Joker nominated for 11 Oscars
South Korean director Bong Joon-ho’s film is the first film to be shot in a foreign language and won the best movie award in Oscar, but it will not surprise many, but this will be a first in Oscar history.

The Oscar ceremony has no presenter this year. Last year, Maya Rudolph, Tina Fey and Amy Poehler had inaugurated.

In the ceremony where there is not a single presenter, different famous names will come on stage and announce the award areas.

It is said that Eilish can turn the soundtrack that he prepared for the new James Bond movie into an opportunity to meet the audience for the first time.

Legend basketball player Kobe Bryant, the hero of LA Lakers, is also expected to be remembered at the ceremony.

Bryant, who died two weeks ago in a helicopter crash, won an Oscar for his short animated movie Dear Basketball in 2018.

It is considered that all the awards in the acting branches go to the white actors.

British star Cynthia Erivo for her role in the movie Harriet will mean that she is distinguished as a black among these ‘white actors’.

The best director award will definitely go to a man, because female directors have not been nominated in this branch.

In 9 of the last 10 years, men were always nominated for the best director.

The real face of the parasite movie: People living in the basements in Seoul
The award for Little Women in the best adaptation film branch could make the film’s female director, Greta Gerwig, stand out, some critics reacted to Gerwig not being nominated for the best director.

Little Women is also a candidate for the best movie. Marriage Story, which is directed by Gerwig’s wife Noah Baumbach, also competes in this branch.