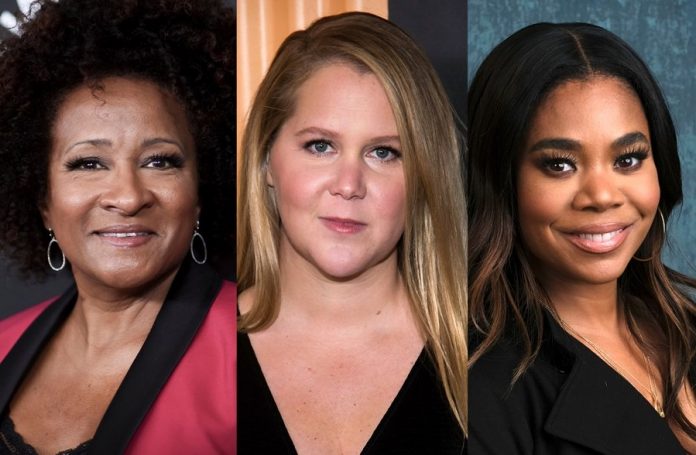 Glamorous time! Stars and their glamorous squads bring their beauty to the 94th Annual Academy Awards, which will be held tonight, March 27.

Before hitting the red carpet at the Dolby Theater in Los Angeles, the biggest names in cinema shone behind the scenes. Naturally, they called the hottest hairdressers, makeup artists and cosmetologists in the business. (Not that you’d expect anything less, right?)

Many 2022 Oscar nominees and celebrities told fans about the preparation process on social networks. Among them were Oscar co-host Amy Schumer, Kourtney Kardashian and Serena Williams, who documented what it’s like to prepare for one of the brightest nights in Hollywood on their social networks.

One thing is for sure: they have done everything possible to prepare for skin care. The founder of Poosh, for example, shared a video about how she gets the famous “Beauty Sandwich” from one of the most sought-after cosmetologists in Hollywood, Ivan Paul. (Cara Delevingne, Laura Harrier and Salma Hayek are also among those who love the $850 treatment.)

Who else worked hard in the skin care department? Well, Schumer paid a visit to the famous beautician Georgia Louise, as did Elsa Hosk. The comedian thanked the beauty expert for “always being there,” and the model called her appeal “magical.” In her Instagram story, she said, “My face seems so ripped out that I can’t believe it.”

Dudes also take part in the fun. Actor Simu Liu posted a boomerang in which he was wearing a red Versace robe while sitting in a makeup chair. “It’s today!!” he wrote in the form of an overlay text in his Instagram story when a makeup artist applied what appears to be a concealer to his eyes.

Keep scrolling to see these and other BTS moments filmed before the stars appear on the red carpet.

Why Sheldon didn’t mention Dr. Sturgis in his adult speech

Dylan Sprouse: what studies did Cole’s brother (Riverdale) do?