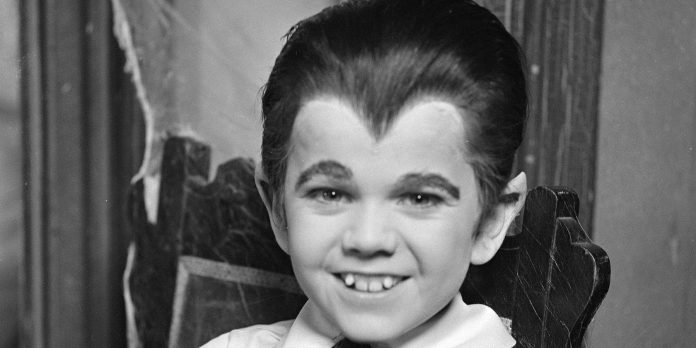 Original The Munsters actor Butch Patrick has joined the cast of Rob Zombie’s upcoming reboot movie. The original series, which aired on CBS from 1964 to 1966, told about the wacky adventures of a family of monsters living in the suburbs with their human niece Marilyn. Patrick played Eddie Munster, a werewolf, the son of Frankenstein’s creature Herman Munster and his vampire wife Lily. Although this character was originally played by Happy Derman in the unreleased pilot series, Patrick played this role throughout the 70-episode series.

Unusually, in March 2021, it was announced that the director of “Halloween 2007” and “House of 1000 Corpses” Rob Zombie would relaunch “Munsters” as a film for Universal. Although the director is best known for his hardcore R-rated horror films, his version of “The Munsters” will indeed be a PG-rated comedy. The cast performing these classic roles will include Jeff Daniel Phillips as Herman Munster, Sheri Moon Zombie as Lily Munster and Daniel Roebuck as Grandpa Munster, also known as the Count. The rest of the ensemble includes Richard Break, Sylvester McCoy, Jorge Garcia, Catherine Shell, Cassandra Peterson, Dee Wallace and Pat Priest.

According to EW, another member has been added to the cast: original Munster star Butch Patrick. Now the 68-year-old actor will play a robot known as Tin Can Man. This character is a canonical Munster character who appeared in the 7th episode of Season 1 called “The Man from the Cans”, in which Eddie and Grandpa create a robot for his school science fair.

Although Patrick retired from acting for more than two decades between 1974 and 1991, he has worked with some regularity since returning as a character named Eddie in A Very Scary Movie (not to be confused with the 2000 Wayans Brothers comedy of the same name). Many of his roles have been in projects that also reference his history with the Munsters, including official projects such as 1995’s Here Come the Munsters, and unofficial cult films such as 2005’s Frankenstein vs. The Creature from Bloody Bay. Most recently, he appeared in the 2022 film “Old Man Jackson” as the priest Edwin Mumsford.

This role in Munster will be the last one in which he will benefit from his legacy, which will give him a chance to return to the fictional world in which he grew up. However, oddly enough, the film will act as a prequel to the original series, so don’t be a young actor playing Eddie Munster, since he hasn’t been born yet. Despite the fact that he will not be able to communicate with Eddie Munster from the new generation, it is still an exciting role for a classical heritage performer.

Cyberpunk 2077 Improves On PC Thanks To A Mod With DLSS