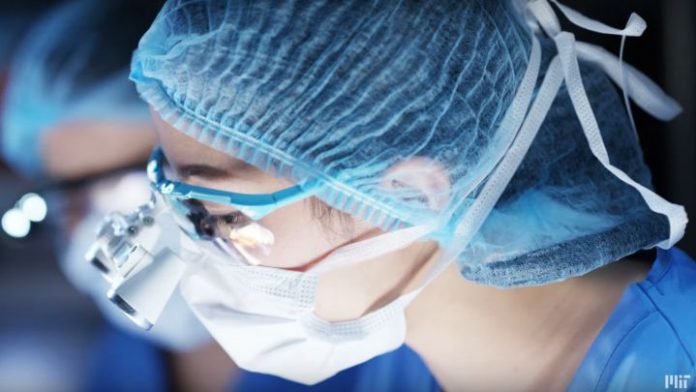 Treating an internal wound is complicated, especially at the level of surgery and invasion of the body itself. For this reason, robotic technology in conjunction with trained AIs and the supervision of medical personnel seems like the surgery of the future.

And speaking of surgery, imagine a robotic instrument holding a strangely shaped band-aid. A band-aid that is actually a bioadhesive patch to be placed on a wound, but on an internal wound.

Origami is the art / practice of folding paper to create shapes, such as a butterfly or a crane. And it is precisely this that inspired a group of researchers at the prestigious MIT institute, who have developed a biodegradable “origami-inspired” medical patch that can be folded around the minimally invasive surgical tools of a robot to seal internal damage.

Although bioadhesive patches are already used for these types of surgeries, they can create faulty seals and even cause their own damage, such as inflammation and scar tissue. The MIT design solves these problems by using a three-layer patch with a hydrogel-based adhesive, a material coated with silicone oil to prevent inadvertent sticking, and an outer layer of elastomer whose zwitterionic nature (i.e., a molecular chain with positive and negative ions) protects the patch against bacteria.

A Band-Aid for Internal Wounds

The result is a tape that easily wraps around robotic tools while adhering strongly to fabrics, even after being immersed in fluids for long periods. A test patch also prevented contamination even after a month.

A robot would only have to apply light pressure or inflate a balloon to apply the patch. Any practical application could take a long time. However, scientists anticipate that there are companies that sell pre-made patches that can be attached to existing tools.

The researchers hope to collaborate with developers of robotic surgery platforms, which if it happens, could create greater use of robots and bioadhesives in the medical world, not to mention smoother recoveries from some medical procedures.