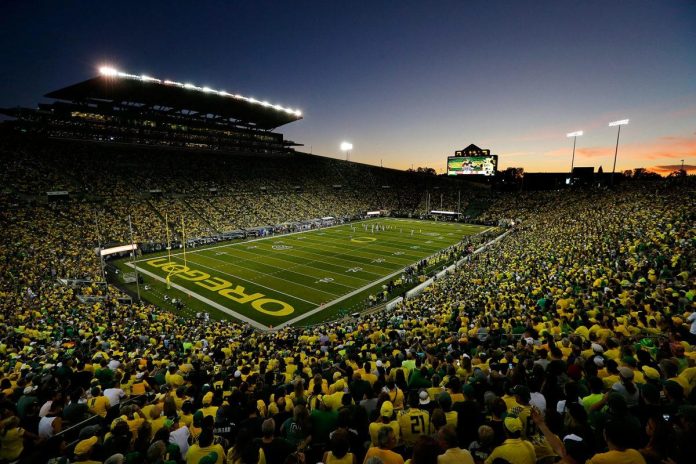 The University of Oregon had something to be proud of during Saturday’s big victory over the UBI. But there was one moment for the school that really interfered with the case.

During the game, there was a moment when fans from the Oregon student section began to chant very pejoratively, especially in relation to their Mormon student community.

In a statement released this afternoon, the University of Oregon apologized to the BYU for the behavior of its students. They promised to become better as a campus community and fight bigotry in the future.

“The University of Oregon sincerely apologizes for the offensive and shameful shouting from the student section during yesterday’s game against Brigham Young University,” the school said. “Such actions contradict everything the university stands for and contradict the spirit of competition. We can and will do better as a campus community where there is no place for hate, bias or bigotry.”

Although the game itself was dedicated to ducks. Oregon pulled ahead by 10 points in the first quarter and never relinquished the lead again.

By the middle of the third quarter, they were leading 38-7 against a team that was now ranked 12th in the nation. The end result was a 41-20 victory, which was much more lopsided than the final score would suggest.

However, there are limits on how many fans are allowed to celebrate during a major victory.

Will Oregon face any punishment for the way the student section reacted here?