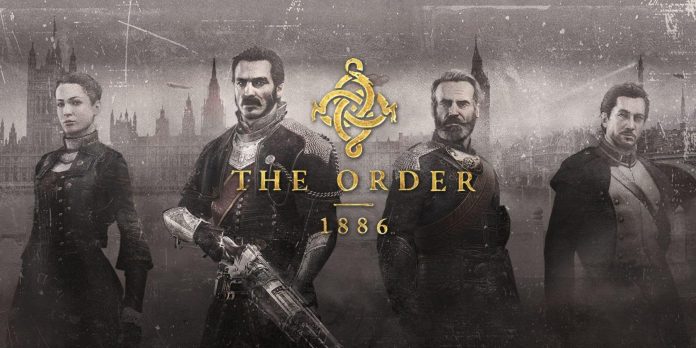 Little has been said about the Order: 1886 in recent years, but it would be great to see this intellectual property become relevant again. While gamers look back fondly at the latest generation of games, if they were successful, such as God of War or Red Dead Redemption 2, games that received a sluggish reaction are often forgotten quite quickly. Unfortunately, The Order: 1886 was one of those games, although the franchise has potential and deserves a second chance.

A lot has been said about the shortcomings of the game, whether it’s a regular shooter gameplay or a forced mailbox. However, The Order: 1886 had a strong but short story that seemed intentionally unfinished, as it looks like the developer of Ready at Dawn had much more planned for its protagonist Sir Galahad. Although The Order: 1886 did not meet the usual standard of PlayStation exclusives, a sequel could correct the mistakes of the first game by expanding its promising ending.

What can the continuation of the Order be about

Along with complaints about the gameplay and approach to the presentation of The Order: 1886, most critics called the short length of the title a significant drawback. It was a fair complaint, since the game not only lasts about seven hours, but the last hours of its operation create a lot of interesting moments that will not go anywhere. Unfortunately, instead of seeing the reckoning in the third act, the game ends much earlier than one would expect, creating a promising sequel to the Order, which was rumored but never happened.

First, the players have an encounter with Jack the Ripper, which not only sees Jack take over, but also reveals that he is a vampire. The opportunity to fight a super-powered version of one of the most famous serial killers in the real world could be a great story, but unfortunately, players no longer see Jack until the credits roll. Although this should be the last straw for Galahad, as he realizes that the Order is corrupt, players who know that the killer is somewhere nearby, but never cope with the threat, are disappointing.

The post-credits scene is even more tantalizing as Galahad plays the role of a vigilante and looks at London. Since the city is under martial law, Tesla—Galahad’s ally—warns him to leave. However, Galahad is clearly not interested, as it is implied that he will fight the various threats that still exist in his homeland. The concept seems very reminiscent of Batman’s iconic Gotham by Gaslight storyline, and battling the rebellious Galahad, who fights corruption and tracks down Jack the Ripper, would make for an incredible game.

How the continuation of the Order can be an improvement

However, the sequel to “The Order” would have to do more than just expand on the exciting ending, as the narrative is not what destroyed the original game. In fact, this was one of the main strengths, as the fans just wanted a lot more plot content than what they were given. Thus, the continuation should be aimed at eliminating key complaints, such as forced widescreen mode. Gamers have found ways to disable the widescreen approach of The Order: 1886, so there is clearly a lot of interest in the traditional fullscreen style. In the sequel, widescreen mode may be an optional option in the game menu.

Even more important is the gameplay, as the series needs to move away from the usual filming of shelters. While unique weapons are obviously going to make a comeback, it would be ideal to have more freedom when it comes to combat scenarios. While the open world may be too much of a departure from the series, the London teaser of the Order patrolled by Galahad seems too exciting to pass up. Perhaps larger areas, such as Seattle’s first section of The Last of Us 2, would be an ideal approach, giving players multiple open areas to battle instead of simple linear areas. This would inevitably lead to a longer game, solving another key problem with the original. Ultimately, another game in The Order series deserves to be released, but it should be bigger and better than the first game.

Some “Game of Thrones” fans complain about “House of the Dragon”...

Family Chantelle: what did chantelle do after filing for divorce