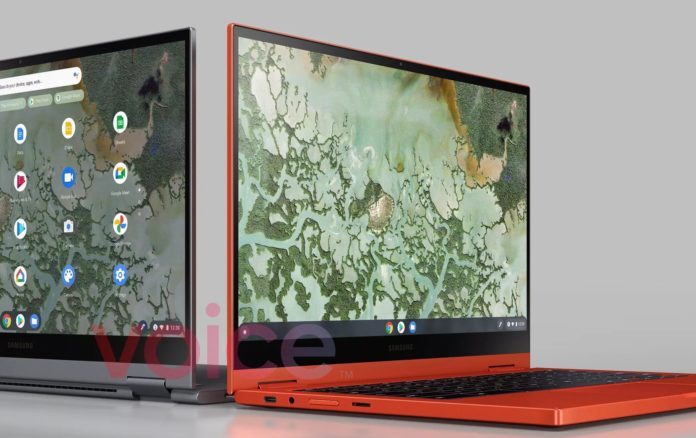 There is a new leak regarding Samsung’s upcoming Galaxy Chromebook 2 model. Thanks to the leak shared by Evan Blass, we also see that the company will bring back the light orange design.

The new model has some noticeable changes such as minor adjustments to the port layout and the extension of Samsung’s implementation of orange color. The keyboard of the second-generation model has been changed to a more neutral black, even though the orange hue has extended towards the sides of the laptop.

However, we will likely see more significant changes in the features that will be featured inside. We’ll likely see several improvements over last year’s model. Especially considering the emergence of new 11th Gen Intel laptop chips, we will see that adjustments are made on the processor side accordingly. An intriguing combination will emerge when the improved battery life and graphics performance of Intel’s new chips combine with the already-looking Samsung Galaxy Chromebook.

The first Galaxy Chromebook model was described as a premium device with an affordable design and price tag. However, the device was also criticized for its seemingly poor battery life and cooling system. It is estimated that Samsung will develop these areas in this new leaked model. There is very little time left for CES 2021 to begin. In a week or two we can see Samsung officially launch this new product.

FIFA 21: Candidates for the best player the Premier League