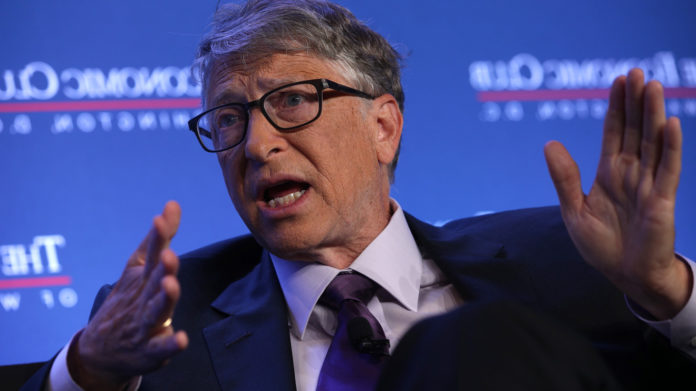 Bill Gates continued his interviews this weekend as well. Gates spoke about the Covid-19 outbreak that killed around 70,000 worldwide and about 10,000 in the USA. The White House said last week that the United States would encounter 100,000 to 240,000 deaths at best. In an interview with FOX News, Gates said, “If we do the social distance correctly, we can get out of it with a smaller number than that.” said.

“This is a nightmare scenario”
Gates, who resigned from Microsoft’s management last month to focus on charity work, said that if people follow the social distance rule, deaths will be balanced later this month. “This is a nightmare scenario because human-to-human respiratory viruses can grow exponentially. And you know, if we continue our daily life as it is, this curve will never bend until it infects most of the people. This results in a large number of dead people. ” found comments.

“Corona virus is not the worst situation”
Gates continued his words by saying that things will not return to normal until there is a vaccine used by the whole world. Although the corona virus pandemic was “super bad,” Gates said it wasn’t “the worst case.” The billionaire showed the low mortality rate of Covid-19 compared to a disease such as smallpox.

Gates had previously said that the United States missed many chances because it did not act fast enough in the Covid-19 Corona virus pandemic. One of these chances was that there was no quarantine obligation. Bill Gates also commented on the second wave. Gates said that a repeated outbreak could return in the fall, but will be better prepared for treatments by then.

In 2015, Gates warned that a disease rather than war could cause millions of deaths in the years to come. In February, Gates said the Bill & Melinda Gates Foundation will contribute up to $ 100 million in the fight against Covid-19.

Kim Jong Un elected to post that had disappeared