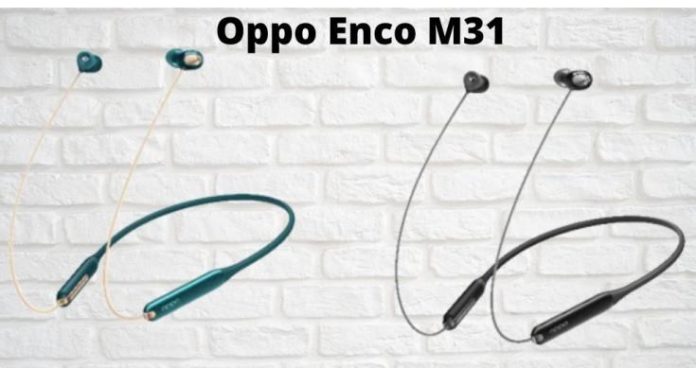 Oppo launches its new semi-wireless headphones to consumers. These headphones, called “Enco M31”, which can be purchased on Amazon on March 30, offer high quality data transmission with Bluetooth 5.0 and prevent noise with a special artificial intelligence.

Oppo has recently met consumers with wireless headphones called Enco Free, Enco W31 and Enco Free True. The company has now introduced new wireless headphone models called “Enco M31” to consumers. Enco M31s, produced in the form of bands, will be available from Amazon, the world’s most popular e-commerce platform, as of March 30.

Oppo Enco M31
Oppo Enco M31 can deliver data transmission speeds of up to 990 kbps. The headphones, which owes this ability to Bluetooth 5.0 and LDAC support, aim to provide a good sound experience with the independent bass chambers it has. Enco M31, which has a special artificial intelligence algorithm, aims to reduce the background noise during the conversation thanks to this algorithm.

Oppo offered the Enco Free True model, which it launched recently, for about $ 105 and the Enco W31 for $ 60. The price of Enco M31, announced by Oppo now, is expected to be much more affordable, about $ 20. Of course, the last word will be said by Oppo on March 30th.