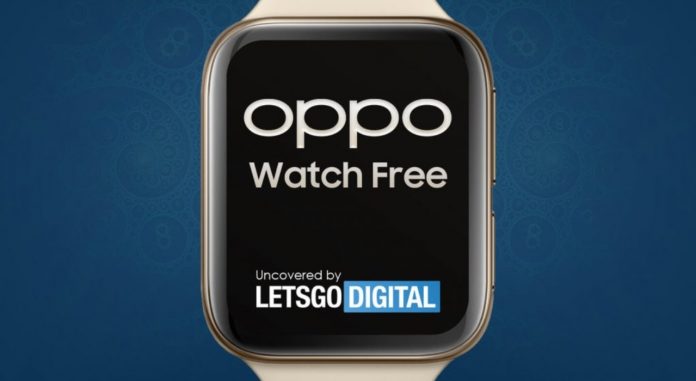 Oppo Watch Free is preparing to participate in the smart watch market. It turned out that the Chinese company has applied for a trademark for Oppo Watch Free.

Oppo Watch Free, new blood to the smart watch market! Technology giants attach importance to smart watches as much as they care about phones. Apple, Samsung, Xiaomi are just a few of the companies that produce smart watches. Oppo will announce the lineup of Reno6 smartphones later this week. However, there is information that it will bring another device to the market later this year.

New smart watch on the way after Oppo Watch

According to the news of LetsGoDigital, on May 25, the company filed a trademark application with the name “OPPO Watch Free” to the European Union Intellectual Property Office (EUIPO). The description clearly indicates that the device is a smart watch.

Oppo Watch Free is also mentioned as a sports watch. However, it does not mean that it is a sports watch in particular. This model could be a more outdoor or athletic-oriented version of the Oppo Watch, which the company introduced last spring.

The majority of smartwatches already available have more than one sport function. For example, with Oppo Watch, it is possible to measure your heart rate, track exercises and monitor your sleep. That said, both the 41mm and 46mm models have built-in GPS.

EUIPO is currently reviewing the company’s trademark application. It is not yet clear when the Oppo Watch Free will be released.