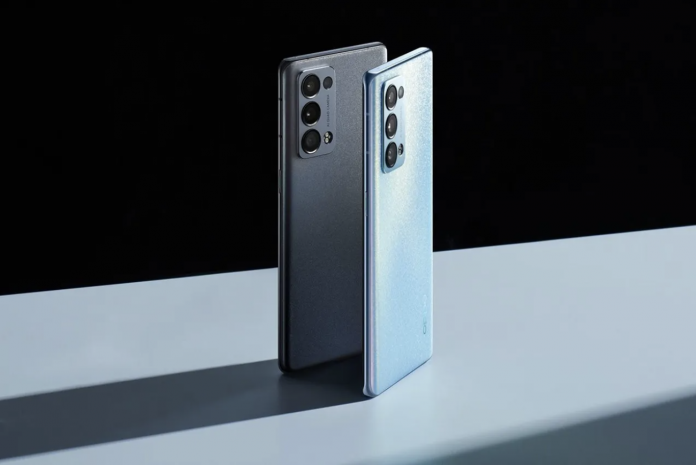 Oppo is getting ready to appear with the Reno 7 series. Oppo Reno 7 features, which have not yet been announced, have leaked on Weibo.

The seventh version of Oppo’s popular Reno series, which appeals to the middle and upper middle level, is on the agenda. Oppo Reno 7 features, which are not yet clear when it will be released, have recently leaked. On Chinese social media Weibo, Arsenal shared important details about the Reno 7 features and price. The photo we used is of the Reno 6 model, and no leak has yet emerged for the Reno 7 design.

The Chinese technology giant is preparing to appear with the Reno 7 series, despite its only three-year history. The Reno 6 series, which was released before, was released in June, as you know. It is among the expectations that Oppo will appear with the Reno 7 series shortly after. Accordingly, Oppo Reno 7 features have also leaked on Weibo. If you remember, the first information about the Reno 7 Pro Plus appeared recently.

Judging by the emerging features, the Oppo Reno 7 comes with MediaTek’s new mid-range Dimensity 920 processor, as expected on the processor side. MediaTek produced this processor with a 6 nm fabrication process. The Dimensity 920 is an octa-core processor. The processor has 2 ARM Cortex-A78 and 6 ARM Cortex-A55 cores. The Cortex-A78 can be clocked at 2.5 GHz and the Cortex-A55 at 2.0 GHz. It uses ARM Mali-G68 MC4 as GPU. Coming with an integrated 5G modem, the 920 has dual 5G SIM, dual VoNR (Voice over Radio) for cellular connectivity.

Oppo Reno 7 features are not much different from the Reno 6 model in terms of screen. The slightly larger and 6.5-inch screen also comes with a 90 Hz screen refresh. Oppo, which has agreed with China’s giant panel manufacturer BOE, will come with a new screen called BOE-RGB Delta. The screen has a Full HD Plus resolution of 2400 x 1080 pixels and a 10-bit color depth. BOE is particularly experienced in OLED displays. In this sense, the Oppo Reno 7 model is expected to use an Amoled panel. Oppo has included Corning Gorilla Glass 5, not Victus, for the protection of this screen.

Among the Oppo Reno 7 features, the triple camera setup has also leaked.

Accordingly, the Reno 7 main camera has a resolution of 50 Megapixels and comes with a Sony IMX766 sensor. However, it is also among the leaks that there is no OIS support for this rear camera. On the ultra wide-angle camera side, it has 8 Megapixels and comes with Sony IMX355 sensor. It is also among the leaks that this camera has a macro feature. The third camera on the phone is a black and white lens with a resolution of 2 Megapixels. On the front, a 32 Megapixel selfie camera welcomes us. This camera has a Sony IMX615 sensor.

Oppo’s new smartphone includes high-end memory technologies such as LPDDR4X and UFS 3.1. The Oppo Reno 7 battery is at the level of 4,500 mAh. The future of this mid-range battery with 65W SuperVOOC fast charging is also among the leaks.

Weibo user Arsenal also made a prediction about the price of Oppo Reno 7. Accordingly, the leak account announced that there is a price expectation of 2999 Yuan, for 8GB RAM and 256GB storage. Accordingly, he expected a price of 3299 Yuan, for 12 GB RAM 256 GB storage.