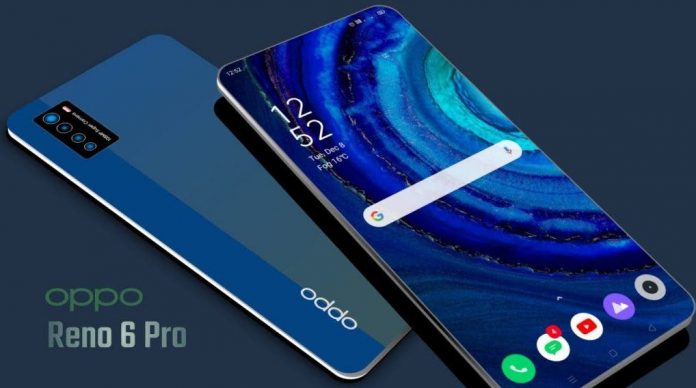 Oppo Reno 6 Pro is among Oppo’s most frequently updated product groups. The company often unveils new Reno ranges within a period of less than a year. Oppo Reno 6 and Oppo Reno 6 Pro are among the phones that are expected to be introduced as the most up-to-date members of this approach.

The Oppo Reno 5 Pro was introduced last December. It may come as a surprise to speak of its successor this time after the introduction of the device. However, considering Oppo’s approach to the Reno family, it should not be surprising.

The Oppo Reno 6 Pro is said to have a 6.55-inch, 2400 x 1080 pixel resolution 90 Hz AMOLED display. It is stated that there will be a 32-megapixel front camera in the upper left corner of the screen. In the quad-rear camera system of the phone, it is expected that the 64-megapixel sensor will serve as the main camera. 4500 mAh battery and 65W fast charging are also considered among the features of the phone.

At the heart of the Oppo Reno 5 Pro is MediaTek’s Dimensity 1000+ processor. Allegedly, Oppo Reno 6 Pro will come with MediaTek Dimensity 1200 processor. It remains unclear for now whether there will be any other difference in the smartphone.

CardiVu application can measure the pulse of the pupil