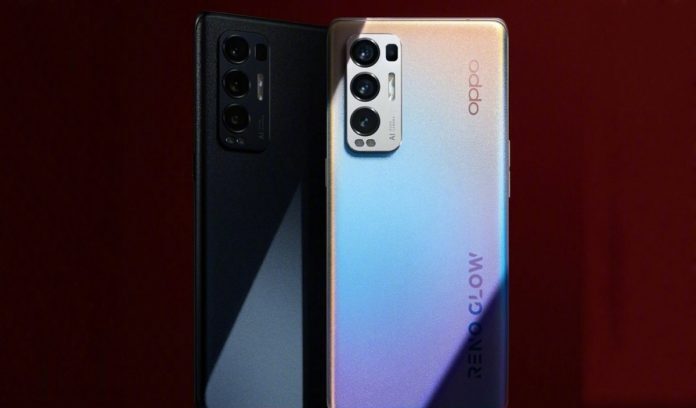 Oppo Reno 5 and Reno 5 Pro were recently introduced. The Oppo Reno 5 Pro Plus, whose existence was previously announced, also finally became official. The important features and design of the device, which is the flagship of the Reno 5 series, were seen with the posts.

The smartphone has a 6.55-inch AMOLED display with a resolution of 2400 x 1080 pixels. This screen with an aspect ratio of 20: 9 has 90 Hz refresh rate support. The touch sampling rate of the screen is 180 Hz. The maximum brightness level of 1100 nits is also noteworthy.

At the heart of the Reno 5 Pro Plus is the Qualcomm Snapdragon 865 processor. This processor is accompanied by 8 GB of RAM. The phone’s internal storage options are 128 and 256 GB. It is not possible to expand the storage space of the device with a microSD card.

The main camera function is the Sony IMX766 sensor with 50 megapixel resolution. This sensor also has optical image stabilization. A 13 megapixel telephoto camera, 16 megapixel ultra wide angle camera and 2 megapixel macro sensor complete the system. On the front of the phone is a 32-megapixel camera. A 4500 mAh battery gives the smartphone the energy it needs. This battery supports 65W SuperVOOC 2.0 fast charging. The Reno 5 Pro Plus can also be used to charge other devices via wired.

Oppo Reno 5 Pro Plus will be available first in China

The Reno 5 Pro Plus will come out of the box with Android 11 and ColorOS 11 user interface. The Reno 5 Pro Plus, where glass and aluminum come together, carries speakers with Dolby Atmos support. It is worth noting that the fingerprint scanner of the phone is also integrated into the screen.

Oppo Reno 5 Pro Plus will be sold only in China in the first place. The phone will be pre-ordered on January 18th. Deliveries will begin on January 22nd. Available in blue and black color options, the version with 8 GB RAM and 128 GB storage says 3999 yuan on the price tag. Those who want 12 GB of RAM and 256 GB of storage have to pay 4499 yuan.

SpaceX Completes Its First Stage By Sending 60 Starlink Satellites To...