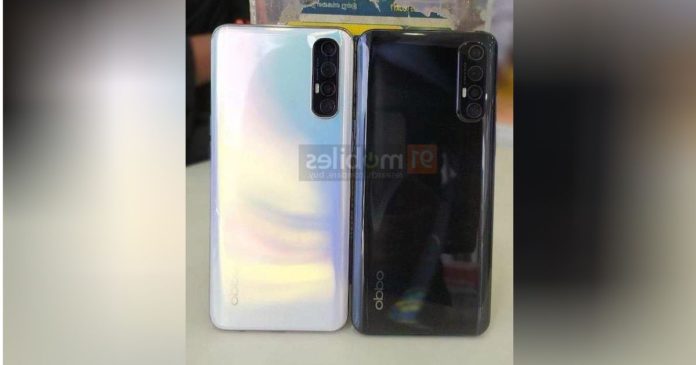 The smartphone manufacturer Oppo, which has made a name for itself with the smart phones it has produced in recent years and has started to operate officially in our country recently, is trying to activate its 2020 plans nowadays. The company, which pointed out a future date for the devices that it could not announce in MWC 2020, which was canceled due to the Corona virus, will launch the new device Oppo Reno 3 Pro, which will be positioned in the middle segment as of March 2.

In order for the sales processes to start, the devices must first reach the stores. At this stage, the real images of the phones; It can be revealed by store workers or people who can see phones in these stores in some way. Oppo Reno 3 Pro was the last victim of this situation.

Oppo Reno 3 Pro viewed at a store in India:
In the first image that appears, the question of how the rear design of Oppo Reno 3 Pro is answered. The device has a quad rear camera setup as mentioned earlier. On the back panel, where the cameras are arranged vertically, there is the Oppo logo in the bottom corner, apart from the camera module.

In another image that is stated to belong to Oppo Reno 3 Pro, we have the opportunity to take a look at the front of the device. As you can see from the image below, the phone will come with a perforated screen with a very thin frame. In this hole, there will be two front cameras.