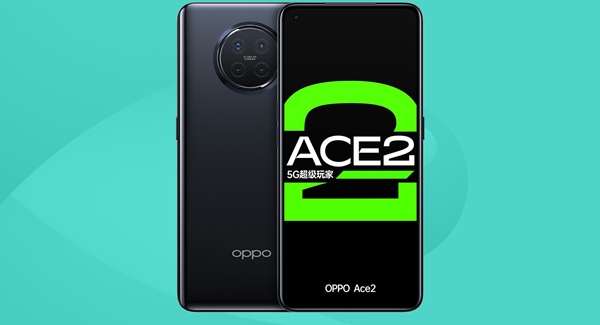 Oppo will bring its new smartphone Ace 2 to consumers on April 13. Now sharing a poster about his upcoming phone, Oppo has announced Ace2’s design and some hardware features.

The smartphone industry is closely following the developments on the Oppo front in recent days. Because the company recently came up with both new smartphones and decisions. So much so that the company; we will now continue the Reno Ace model as the “Ace series” and will even have the opportunity to meet Ace2, which will be the first phone of this series in the coming days.

Oppo has now shared a poster about his upcoming new phone. This poster allows us to take a look at the overall design of the phone as well as some of the Ace2’s technical features. There are still dozens of things to learn about Ace2, but Oppo fans are very excited even with this poster. If you wish, let’s take a closer look at the poster Oppo shared for Ace2.

Oppo Ace2 to be powered by Snapdragon 865
The Ace2 poster, shared by Oppo, reveals that the upcoming phone will be powered by Snapdragon 865. The company will also offer 5G support on its new smartphone. In addition, Ace2 will have a quad camera setup in a circular structure, and this phone will include volume buttons on the left and power button on the right. Oppo explains in this poster that Ace2 will weigh 185 grams.

Allegations made in the previous periods revealed that Ace2 will have an AMOLED display that offers 6.5 inches of FHD + resolution. In addition to the 8 GB or 12 GB of RAM, the phone also comes with 128 GB or 256 GB of storage. It is also among the rumors that the quad camera setup of the phone will be adapted as 48 MP, 8 MP, 2 MP and 2 MP.

Exciting claims about Oppo Ace2 are not limited to this much. It is stated that the upcoming phone will have a two-piece battery of 1,955 mAh, and this battery will support fast charging with 65 watts of cable and 40 watts of wireless. Finally, let’s add to the notes that Ace2 recently appeared on AnTuTu and received an impressive score of 560 thousand 217.

Oppo will announce its upcoming new smartphone at an event in China on April 13th. The announcement will present a new start for the Ace series, as well as revealing all the features of Ace2.