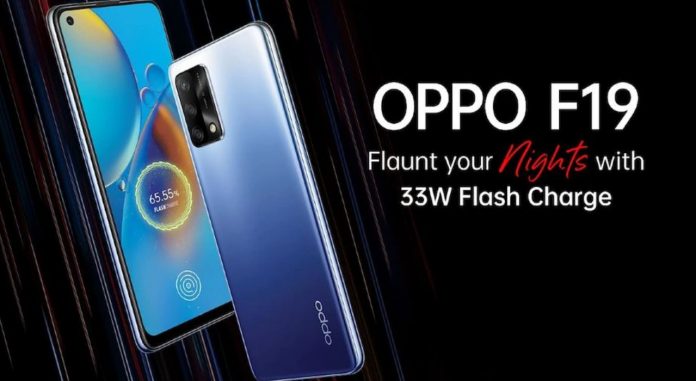 Oppo F19 was introduced in India as the third member of the series. The phone was made public at a virtual event hosted by comedian Zakir Khan. The company also announced that F series sales have exceeded 10 million sales in India since its inception.

The Oppo F19 will join the Oppo F19 Pro and F19 Pro Plus 5G family, which were launched in India with Oppo Band Style in March. The entry model of the series launched in India today and is currently considered the most stylish phone in the country with a 5,000 mAh battery.

The Oppo F19 with 4G connectivity support is powered by the Snapdragon 662 chipset with eight cores and a speed of 2 GHz. The device, which comes in a single configuration, has 6 GB of RAM and 128 GB of storage. As always in F series devices, the new generation smartphone, whose focus is design, has been presented to users with its entry-level features.

The phone, which is 7.95 mm thick and weighs 175 grams, promises long-term use with its 5,000 mAh battery power. In addition, the phone offers up to 5.5 hours of talk time with just 5 minutes of charging thanks to its high-capacity battery.

On the F19 camera side, it has a 48 Megapixel main camera, 2 Megapixel depth and a triple rear camera with 2 Megapixel macro sensors. The smartphone has a 16 Megapixel selfie camera on the front. It should also be noted that the device came out of the box with ColorOS 11 based on Android 11.

Other features of the phone include dual band Wi-Fi, Bluetooth 5.0, Type-C port, 3.5 mm headphone jack and GPS. It is not clear when the product, which is currently pre-ordered in India, will arrive in other countries and what the price will be in other countries.

How did you find the design and features of the Oppo F19? Do you think it will have a positive effect on the sales figures of the F family? You can share your ideas with us in the comments section.