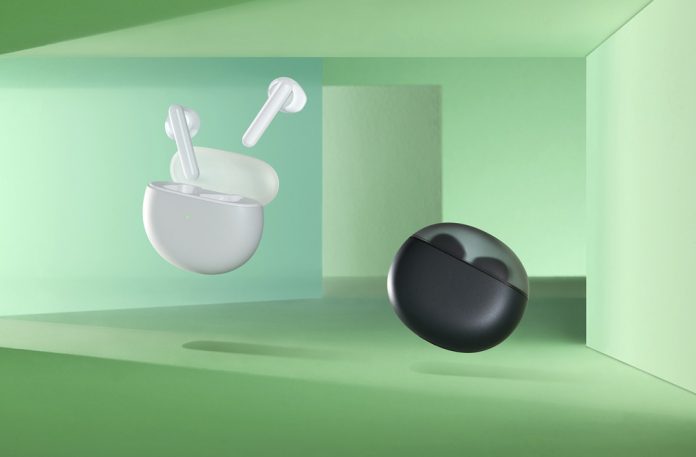 OPPO Enco Air will be introduced. The Chinese manufacturer OPPO will organize a new event in the coming days, introducing the K9 smartphone and several new products. In addition to these products, the company’s new wireless headset, OPPO Enco Air, will also appear on May 6.

OPPO Enco Air, which we only saw with leaks before, has now appeared with its official posters. In this way, the design and several features of the headset have been approved.

OPPO Enco Air will have a budget-friendly price

According to the posters shared by the company, OPPO Enco Air will come with a translucent charging box. This box; It will have a total of four color options, including blue, black, white and cyan.

As for the design, OPPO Enco Air will have a traditional semi-in-ear design. However, active noise canceling feature will not be included in this headset. Therefore, this shows that OPPO Enco Air will be a budget-friendly headset.

On the other hand, OPPO’s new budget-friendly headset has also been certified by the TÜV Rheinland site. According to this certificate, OPPO Enco Air; It will be the first TWS headset with both high performance and low latency.

On the battery side, OPPO Enco Air is expected to be ambitious again. According to the company’s statements, this headset will offer up to 8 hours of music listening experience with a 10-minute charge. On the price side, there is no clear information at the moment. Because on May 6, all the features and price of the headset will be officially announced by the company.

OPPO recently launched the Enco X headset in October of last year. This headset attracted all the attention with its $ 154 price and noise reduction technology. Now, Enco Air is expected to perform the same. OPPO Enco Air, which is expected to have a budget-friendly price, will give an eye to its competitors in the wireless headphone category.

How to check a video card on a Windows PC: check...