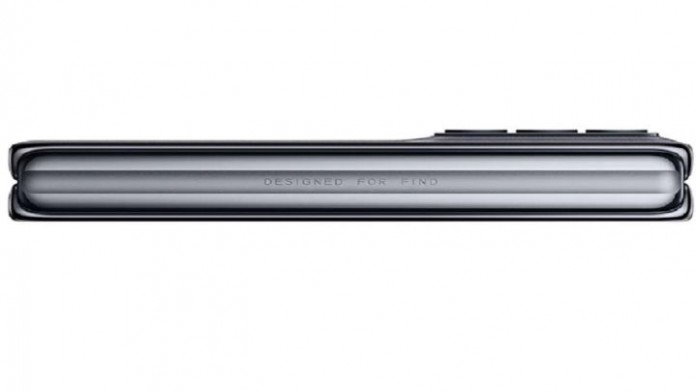 Oppo: Foldable telephones are the present of the telephone segment. At the moment there are very few companies that have presented their proposal to compete against Samsung, which is the one that currently holds the undisputed leadership in the segment. And there are not a few companies that are behind a similar project and, finally, it seems that they appear. One of them will be Oppo with its Oppo Find N that the company itself has already shown.

Foldable mobile phones are at the forefront of the segment when it comes to innovation. Manufacturers who have launched themselves to show their proposals know that they have several ways to achieve this at the design level. Here we clearly find two ways of conceiving this type of apparatus, such as the opening type of a book and also of shell.

But this time we have to talk about the first to see the latest news that Oppo promises. It is the Oppo Find N, a device of which we have only seen a single image. This has been shared by the company itself on its Twitter account and makes clear the inspiration they have taken for its construction.

Only the side belonging to the fold part where the two covers join when opening it can be seen. In your case we can see that in this part there is an engraved inscription that says “designed for Find”. An important part can also be seen, such as the encapsulation where the three rear cameras are that will capture in photo or video everything that happens on the other side.

Finally, Oppo has revealed an important detail to us, which is the presentation date of the Find N. The presentation is just around the corner, since it will be next December 15, when a special event will be held in the one that shows the phone in all its splendor as well as how to make known all the characteristics of this.