Home Tech Oppo A94 introduced; Same screen and processor as A93 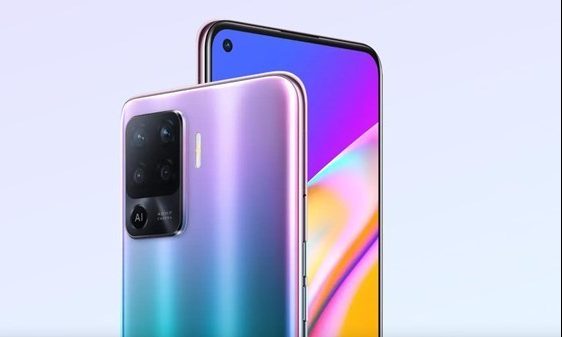 Oppo introduced the A93 model with the MediaTek Helio P95 chipset and 6.43-inch AMOLED display last October. A few months later, Oppo A94, this time its follower, arrived.

The Oppo A94 also carries the Helio P95 chipset. The 6.43-inch Full HD + AMOLED display is also a feature carried over from its predecessor. However, it comes loaded with Android 11 based ColorOS 11.1. The A94 also has 8 GB of RAM and 128 GB of internal memory. Moreover, the storage space can be further increased with the microSD card slot.

When we look at the photography and camera features, we see that the Oppo A94 has a total of five cameras. There are ultra wide angle, macro and monochrome cameras besides the 48 megapixel main camera on the back. We see that there is a 32-megapixel selfie camera on the front.

The Oppo A94 has features such as Artificial Intelligence Supported Color Portrait Video, Monochrome Video, Dual View Video. We know some of these from mid-range Oppo phones. There is also the Artificial Intelligence Supported Scene Expansion 2.0 feature. It automatically recognizes 20 different scene types and adjusts color and saturation accordingly.

The package is powered by a 4310 mAh battery with 30W charging support. Other features of the A94 include a 3.5mm headphone jack, USB-C port and an in-display fingerprint reader.

The body of the Oppo A94 is 7.8mm thick and weighs 172 grams. With two different colors; Available in black and purple colors. Oppo’s United Arab Emirates department has started listing this phone on its official website. However, the company did not reveal the price of this phone or when it will go on sale.

Meanwhile, Evan Blass, one of the reliable leak sources, shared clues about a smartphone codenamed Darwin a few days ago. He said that it would be called Reno5 F in Asia, A94 in Europe and F19 in India. The Oppo Reno5 F was shown by Oppo Kenya last week. The phone was said to be released on March 22 or 26. It is not known when the F19 will arrive.

Meanwhile, Oppo plans to release two phones, F19 Pro and F19 Pro + 5G, in India on March 8. These phones will have perforated screens and quad rear camera systems. It was also stated that the first model will be sold in India as a 5G-powered version of the F19.