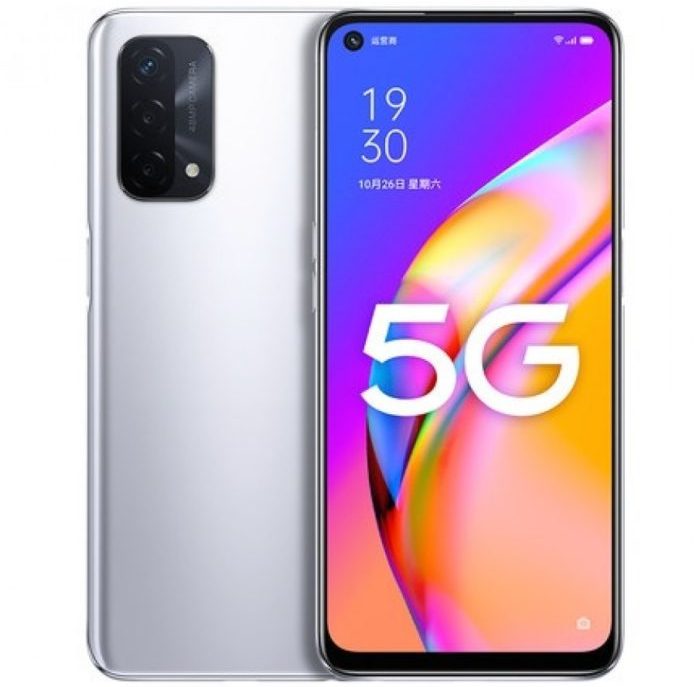 Rumors about the Oppo A93 5G have been around for a while now. The technical features and images of the phone have been seen a while ago. The most recent leak reveals an important detail about the A93 5G’s display. In addition, the website of the Chinese retail chain TMall has three color options for the phone. At this point, it is useful to remind that the 4G version of the phone became official last year.

According to TMall’s website, the A93 5G has a 6.5-inch Full HD + resolution IPS display. In previous leaks, it was claimed that the phone will come with an AMOLED panel. It is also among the striking points that the refresh rate of the screen will be 90 Hz.

It has been seen in previous leaks that the phone will have a curved screen. However, the photos in TMall show a flat screen. In the upper left corner of this screen is a hole where the front camera is placed. It is stated that the resolution of the front camera is 8 megapixels.

The Qualcomm Snapdragon 480 processor is considered to be at the heart of the Oppo A93 5G. It is said that 8 GB of RAM and 256 GB of storage will accompany this processor. Android 11 and ColorOS 11.1, a fingerprint scanner placed on the edge, a 5000 mAh battery with 18W charging speed support are also among the features of the phone.

The pre-order period for the Oppo A93 5G in China is expected to begin on January 15th. It is stated that the phone will be on the shelves as of January 20. The device is said to be available for prices starting at 1999 yuan or 2199 yuan.

Next Xiaomi Mi Mix will have cameras with ‘liquid lenses’