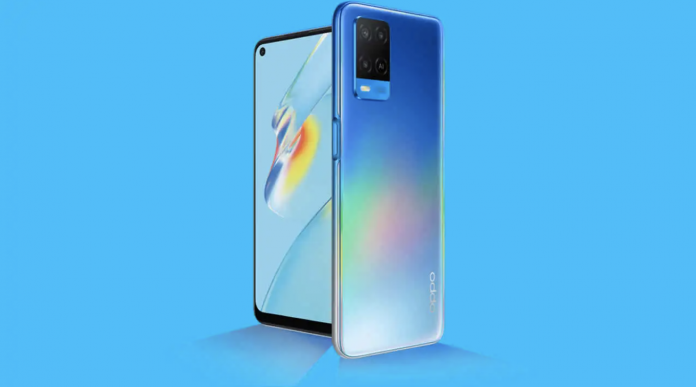 Oppo launched the A54 model last March. Now the company is considering launching an S model called the A54s.

Although the introduction of the Oppo A54s device is a short time away, important information such as its technical features and the design of the phone have been leaked.

If we look at the information shared by GizPie, it includes the smartphone’s design, key features and European pricing.

According to the shared leak, the Oppo A54s looks a lot like Oppo’s A16 with its 6.52-inch IPS LCD with HD+ resolution and 8 Megapixel front camera and drop notch. It is expected that MediaTek will be powered by the Helio G35 mobile processor, and will be released to meet users with 4 GB of RAM and 128 GB of storage.

Oppo A54s
Apparently, the only thing we can call a big change is; The A54s smartphone is expected to have a 50 Megapixel main camera instead of the 13 Megapixel main camera like the A54 and A16 models. Two auxiliary sensors for macro shots and depth data will come with a triple camera setup as 2 Megapixels.

The Oppo A54s will run Android 11 with ColorOS 11 out of the box and will come in Pearl Blue and Crystal Black colours. The price tag in Europe is said to start at €219 for the 4GB/128GB version. Frankly, it is not yet clear when the smartphone will be released or not.

As a reminder, let’s talk about the Oppo A54 technical features;

How to Choose a Monitor for Gaming