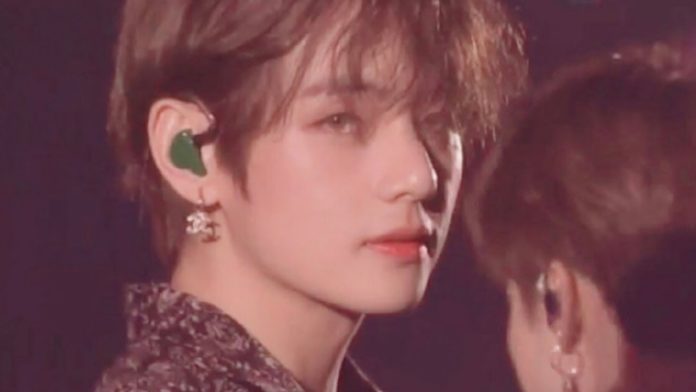 Taehyung revealed the meaning of his tattoo on ‘ON’ and gave his opinion on the theories that ARMY creates about BTS music videos.

The launch of ‘ Map of the Soul: 7 ‘ has unleashed a series of successes and new records for the BTS boys , just as it has happened with their new official video of ‘ ON ‘, which was accompanied by many theories that ARMY created Following what could be seen in the clip.

Over the years and with each music video released by Bangtan , fans of the South Korean band find possible alternate meanings , explanations and connections , always emphasizing the smallest details that could often go unnoticed.

This has caught the attention of Taehyung , who gave his opinion regarding the theories created by ARMY . Read on to find out what he said.

Recently, BTS revealed the behind-the-scenes recordings of ‘ ON ‘, where Taehyung started talking about his tattoos , which have drawn a lot of attention as they became an accessory that gives a much darker aura to his appearance .

ARMY has been much speculation about the design of the tattoo on the neck of V , as some fans think they might try veins or super cool effect reminiscent of porcelain objects breaking. However, V clarified the true meaning of his tattoo and mentioned that they are actually thorns digging into his neck .

V is very aware that perhaps this for ARMY has a different meaning and confessed that he has searched theories on the Internet about his spine tattoo since he knows that fans are specialists in finding relationships and hidden concepts in photos , videos and others.

Taehyung revealed that he has seen the theories that fans have created about ‘ ON ‘ and has been very impressed with the creativity of ARMY since he considers that most of his speculations are outside the imagination of BTS .

IDOL also took the opportunity to ask ARMY to create your own theories about the meaning of her tattoo of thorns as it is excited by reading them. Watch the full video here:

Do you have any theory about the tattoo of Taehyung ? Leave your comment.

Disneyland Paris is once again postponing its reopening!

Grey’s Anatomy: Did Meredith get Alex to join Izzie?