Home Sport “Operation Milan”: Barcelona and Inter would be negotiating for Vidal 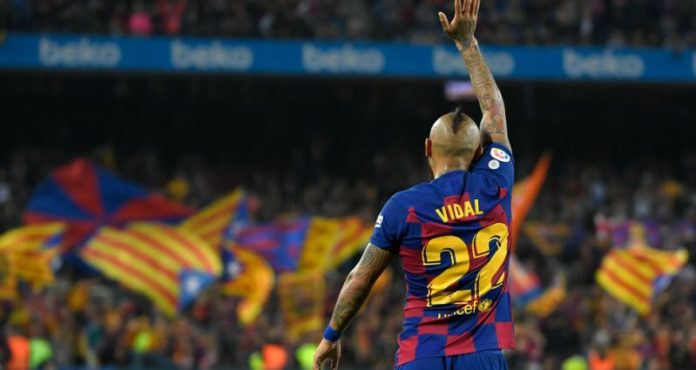 The future of Arturo Vidal is uncertain. The Chilean has not had the prominence he expected in Barcelona during this campaign. In fact, he publicly claimed for more minutes: “If in December or when the season ends I don’t feel that I’m important, I will have to find a solution and broaden horizons,” he said.

His request, however, found a clear response from his coach, Ernesto Valverde, who since the “ultimatum” of former Bayern Munich has returned ownership to Ivan Rakitić. The Croatian, who looked like transfer meat, chained his third commitment since the start (Borussia Dortmund, Atlético Madrid and Mallorca), while the one formed in Colo Colo has disappeared from the starting eleven.

Of course, according to the main Spanish media, the Catalan team opens up to the option of leaving a midfielder to leave during the next European winter transfer market (a window that opens on January 1), although it is debated between that of San Joaquin or the one formed in Basel.

“Operation Milan” is the title of the cover of the Sport newspaper in which they assure that there was already contact between Barça and Inter to negotiate the sale of the man from La Roja or the one born in Switzerland.

“The Blaugrana technical secretariat met Friday with Inter in Milan to negotiate the sale of Vidal or Rakitic,” they say. “One of the two could leave the club in the coming weeks,” they complement, although they emphasize that “the price that Barça demands for Rakitic makes the operation almost unfeasible,” so the movement would star in the national value. This in order to pave the goal that the Spanish team has in the near future: the pass of the Argentine forward Lautaro Martínez, who is seen in the Camp Nou as the successor of Luis Suarez.

“The Inter, and especially his coach Antonio Conte, have now opened the option of Arturo Vidal. The coach already had him as a footballer in Juventus and knows that he can be a fundamental player to achieve titles. The Chilean is very comfortable in Barcelona, ​​although in recent weeks he has made it clear that his priority is to play many more minutes than he currently has.Vidal’s agent plans to visit Barcelona before Christmas and Barça already knows firsthand the intentions of Inter on the Chilean . Its price would be about 20 million euros, “they say.

“Rakitic has been an important footballer in recent years, but it seemed that his role had diminished for Ernesto Valverde; while the Chilean has become an important reference of clothing on and off the field. The need to sell is not imperative, but the club does have an important income in this January market. Inter part as a clear favorite and we must also see what the players think when an offer arrives, “they conclude.

For now, former Bayer Leverkusen also focuses on Tuesday’s duel on the final date of the Champions League group stage. His rival will be precisely the Lombard team, who will play their last chance to qualify for the second round against a Culé squad that is already classified. For this crossing, in which Lionel Messi was not considered, the Chilean has a chance to be stellar taking into account that Arthur also was not called.

Watch: on Sunday, the owner of the NFL called for a...