Home Entertainment Operation Highjump: the Fall of Berlin Will Hit The Market Thanks to... 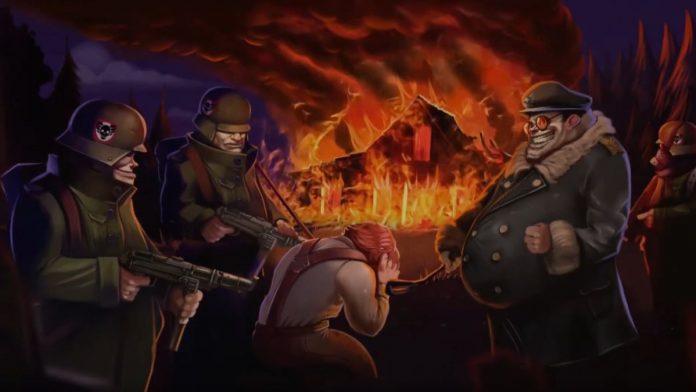 Mansion Games is a Spanish video game development studio led by Víctor Fernández and Mar Gallardo. After having won awards for Best Business Project in Palma Activa, the team joined the PlayStation Talents Games Camp 2020 program; currently they remain within the GameBCN incubator, which helps studios to “professionalize their production and maximize their business opportunities.”

Operation Highjump: The Fall of Berlin puts us on the shoulders of Joe Kawalsky, the protagonist of a 2D platformer shooter that serves as a tribute to the anonymous heroes of World War II. You can see the trailer confirming the news under this same paragraph.

The cover has been illustrated by the master Alfonso Azpiri, who marks one of the hallmarks of the product; on the other hand, Chris Huelsbeck will do the same on the soundtrack. The editor emphasizes that the title “aims to recover the illusion of classic video games together with the most modern technology.”

In a press release they point out that, in addition to the presence of the duo, their hallmarks go through “the combination of the 2D Shooter, platforms and video-adventure genres together with a powerful story, retro aesthetics, extreme care of the artistic section merging the pixel -art and illustration ”.

The team calls on us to learn more news “soon”, so we will learn more details about the project in the coming weeks. The Second World War will unfold at the controls in a different way than you know.

6 Best Classic Noir Films (and Where to Watch Them)