Home Tech Opera iOS app has been renewed: its name has changed 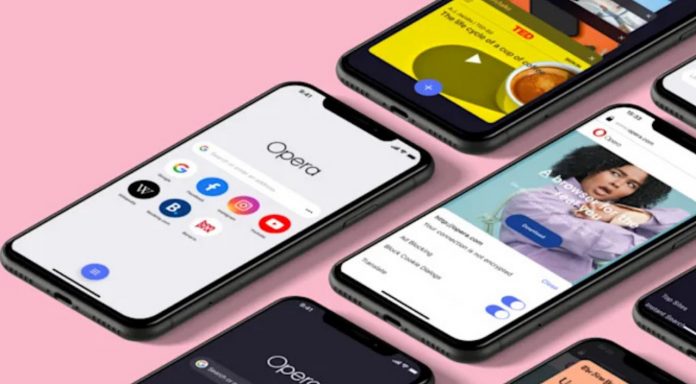 Opera’s iOS app gets a cleaner look and a shorter name. Opera is celebrating the third anniversary of the current iOS browser with some changes. The first of these changes is that the app is no longer called Opera Touch. The browser will now be used only under the name Opera.

The app also gets a refreshed look, as immediately evident from the tweaked app icon. The app’s theme will now be red instead of purple.

Opera will have a cleaner look on iOS

In the new view, the bottom bar and icons for fast action are refreshed with icons that are less opaque. Shadows have been removed due to bubbles and other items, according to Opera. The diagonal background has been removed to provide a smoother, flatter look. On the other hand, in the application, the colors that preserve the long-standing minimalist look have been updated.

Opera announced that the number of iOS users increased by over 65 percent in 12 months until February. The company claims that the increase is due to Apple’s decision to allow its users to change their default browsers in iOS 14.

The redesigned Opera iOS app will be available for download on the App Store starting today. In addition, it should be noted that Opera will gradually offer the update to existing users.

You can check the details of the update on the official blog page of Opera.