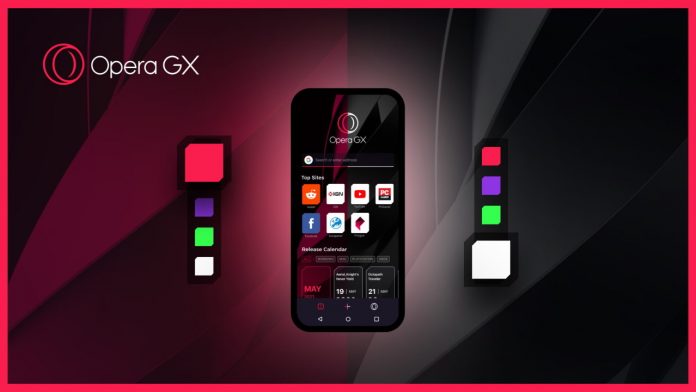 The number of products for players is increasing day by day. Speaking of gamer’s computer, phone, headset, things are getting more and more out of control. Finally, a new one was added to the companies that wanted a share of the cake last year. Opera, the popular name of the browser world, announced the internet browser called Opera GX for gamers.

What does Opera GX Mobile promise?

Opera GX Mobile, which is still in Beta, is the world’s first mobile game browser. The scanner, which attracts attention especially with its design, adopts a colorful design inspired by RGB. However, the RGB feeling is not the only thing the GX Mobile offers in four different color options. With its new browser, the company also launches many functions that will be useful to players.

The first of these is the GX Corner, where the release dates of the games and news about the games will be displayed. The feature that will allow players to easily access these contents will come to the fore with its functionality. Opera GX Mobile, which also announced a new feature called Flow, allows you to easily synchronize your desktop and mobile browser. In addition, players using Flow can easily transfer files up to 10MB from the phone to the computer.

Announcing a feature called tactile feedback, the company will give feedback to the user using the vibration engine on your phone. Opera GX Mobile, which also supports one-handed use, will collect many functions at a single button with its fast action button. Users who want to try the world’s first mobile game browser can access details on Opera’s site.