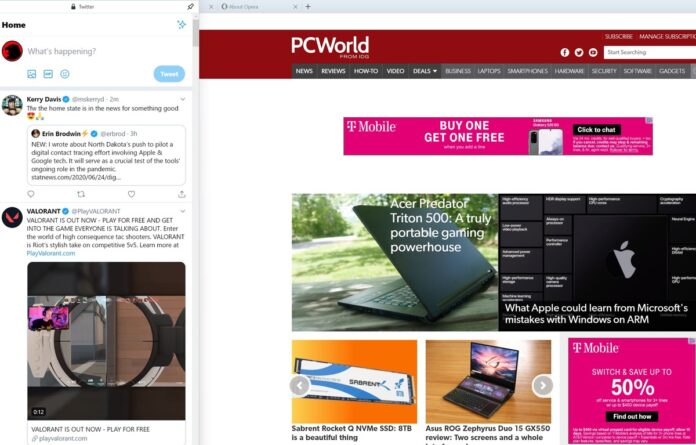 The Opera 69 update has been released with a number of features that make the browser more functional. With the new version of the browser, Twitter was added to the social media options in the sidebar.

Opera’s sidebar provides easy access to messaging apps like WhatsApp and Telegram, as well as social media platforms like Facebook, VK and Instagram. The new Opera 69 update has integrated a new social media platform into the sidebar that stands out with flexible features.

According to the developers, Opera became the first web browser to introduce Twitter to users internally. With Opera 69, released today, the social media platform can now be accessed directly from the browser’s sidebar. It also includes a new weather widget on the start page, improved tab manager, and improvements to Workspaces that allow grouping of tabs.

With the addition of Twitter to the sidebar, users can access their shares, searches, and messages without having to open a separate tab to enter the social media platform. The new feature allows you to use the keyboard and widescreen, as well as make it easy to tweet or send a private message.

To enable Twitter in Opera, simply click the three-dot icon under the sidebar and select Twitter from the Messenger section. Then the Twitter icon will appear in the sidebar and from there you will be able to log in to your Twitter accounts. We can say that Twitter integration is more useful than phones for those who spend a lot of time at the computer.

Opera usually offers unique features that are not found in other major browsers. The browser has features such as a built-in ad and audience blocker, free VPN, Crypto Wallet and integrated social media apps. You can download the browser from the link here to experience the new features of Opera 69.