OpenSea News: On the NFT marketplace OpenSea, 250% more transactions were made this week than in the whole of July. OpenSea, an Ethereum-based NFT marketplace, hit an all-time high of $1.14 billion in weekly trading volume, up 170% from the previous week.

NFTs, or non-fungible tokens, are digital items consisting of images or video files. If we explain with an example, we can say digital paintings or more generally digital artworks.

The most well-known places where NFT collections are sold are marketplaces such as OpenSea, CryptoPunks and Rarible. In fact, Rarible can be shown as the platform where the first steps are taken in the NFT field.

OpenSea was founded in 2017 and has a wide range of NFT collections, both low-priced and high-priced. The platform contains NFTs from many fields such as artworks, domain names, various digital cards, collections, sports. Users can use the OpenSea platform by signing up with wallets such as Metamask, Bitski, Walletlink.

OpenSea broke a record with $2.49 billion in NFT sales this month. That’s 666% more than the record $326 million in sales last month. 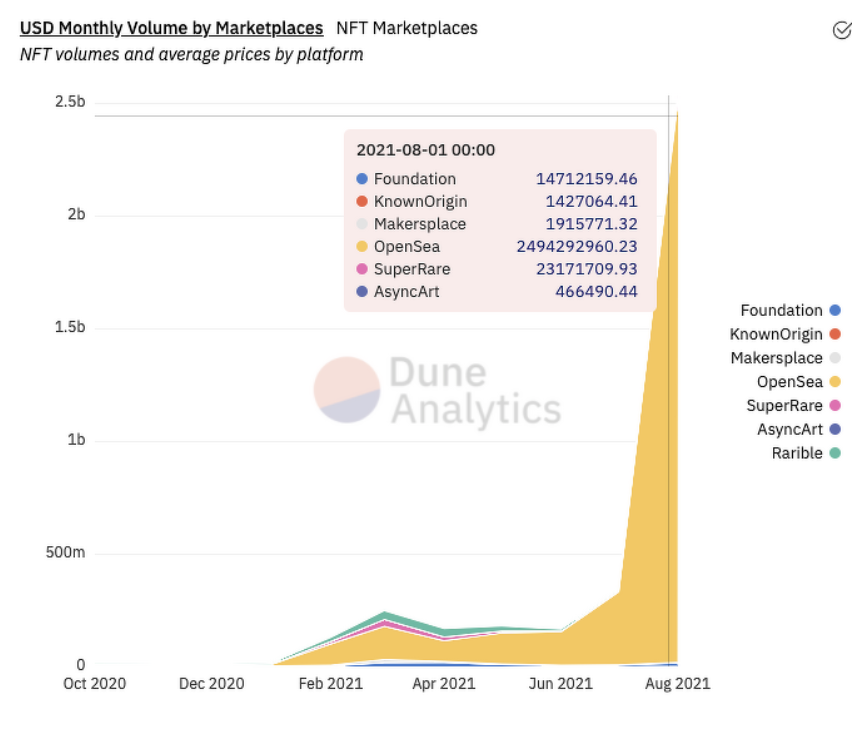 Most NFTs are hosted on the Ethereum network, although some projects like NBA Top Shot are built on the Flow blockchain. In Ethereum, OpenSea has established a serious dominance in the market. So much so that this month, 98.3% of all Ethereum-based NFT events took place on OpenSea.

OpenSea’s most recent rise began with an all-time high after July 30, when its daily trading volume was $13.4 million, to $39.4 million the next day, according to data from analytics site Dune Analytics. 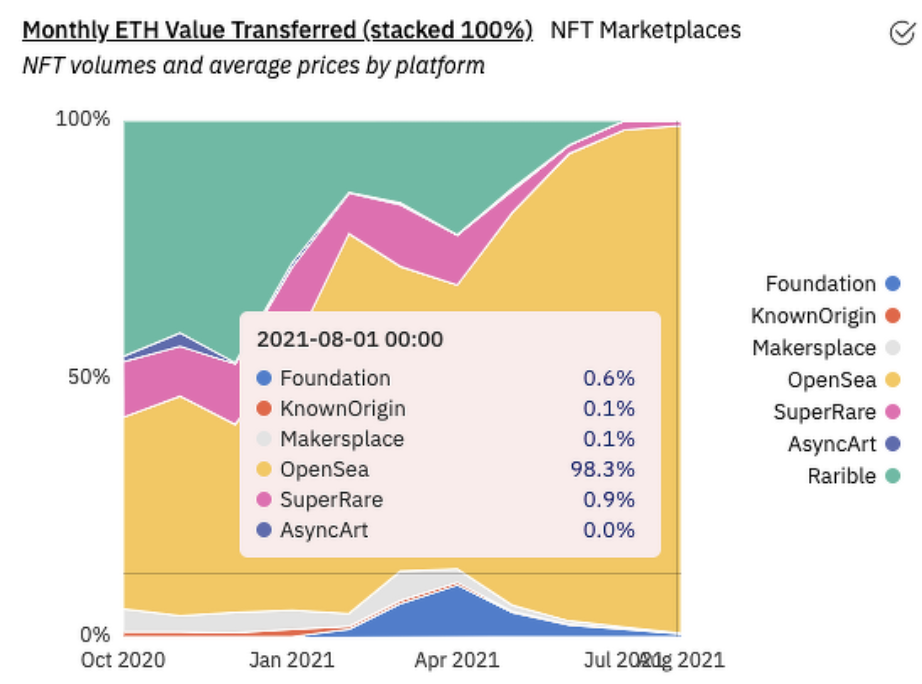 OpenSea broke records consecutively after July and became the leader in the NFT market. According to data from OpenSea, total sales of the platform have now exceeded $1 billion and trading volume has increased by 649%.

Demand for CryptoPunks increased dramatically after Visa announced on Monday that it had purchased one of the NFTs in the CryptoPunks market for $165. While that’s a small number for a payment giant like Visa, it’s a big step forward for the once underappreciated NFT world.