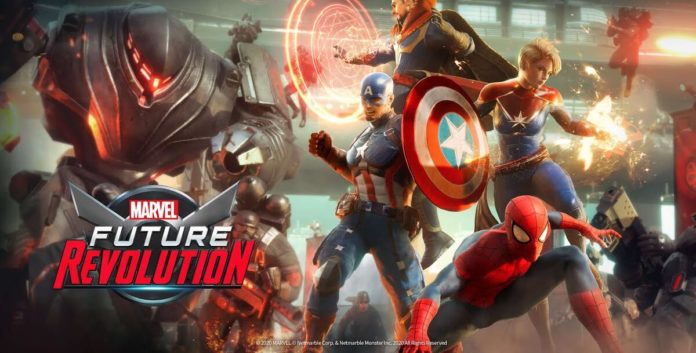 Marvel and Netmarble announced with the trailer they released that the open world RPG game Marvel: Future Revolution will come to mobile platforms.

In Marvel: Future Revolution, players will be able to play with popular heroes like Captain America, Doctor Strange, Captain Marvel and Spider-Man. In addition, characters and familiar areas from various Marvel universes will also appear in the game. The collision of more than one world and universe will contribute to the game’s cosmetic systems with different versions of the characters.

Players will be able to choose from a variety of costumes and colors to customize their classic Marvel superheroes in their own way. Currently, only the four heroes mentioned above have been confirmed playable. Marvel and Netmarble have not yet announced the characters planned to come to Marvel: Future Revolution with the launch.

The Future Revolution trailer made using in-game images was also shared on Marvel’s official YouTube channel. In the video’s statement, “We have a plan. Fight side by side with the hero you should be. The revolution begins here.” statements are included. The heroes shown in the trailer appear to be inspired by the characters in the Marvel Cinematic Universe.

Marvel and Netmarble have not yet released an release date for Marvel: Future Revolution. The new game is expected to come as a free-to-play game that focuses on character personalization.

Delightful development for OnePlus 6 and 6T