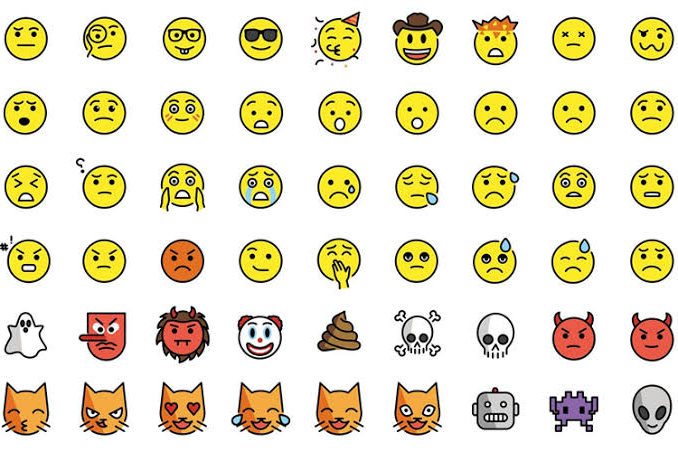 With the widespread use of smartphones, the use of emojis has increased to a new level. The new open source emoji system OpenMoji has been released with a collection of 3,180 characters to improve this language.

If you’re looking for an open-source, good-looking emoji set, OpenMoji with 3,180 emojis is just for you.

According to OpenMoji’s website, OpenMoji is the first open source and standalone emoji system. The project involved more than 50 students and two professors from the Hochschule für Gestaltung Schwäbisch Gmünd University in Germany. All emojis are approved and licensed Creative Commons.

The creators of the site said, “We did not use any brand-related design outlines when designing the OpenMoji system. stated the purpose and principles of the project.

The project first made a rapid exit in April 2018 with a limited amount of emoji. In a recent update, all other unpublished emojis have been added to the system for open source enthusiasts and a full collection of 3,180 icons has been created.

Visually, these emojis are similar to those offered by Microsoft. Nevertheless, the emojis that OpenMoji offers look good. The amount of emojis offered is enormous. This amount gives the user a range of emojis to support the message in almost every subject. In addition, if you have a design proposal to improve the collection, the site provides an opportunity to contact OpenMoji to report it.

There are still a lot of emoji in the emoji packages that we already use on our phones, which we know exactly what they mean and we use them wrong. OpenMoji seems to make things even more difficult. But you can search for the emojis you are looking for using the site’s search button and use the right emojis.

If you are interested enough and want to use OpenMoji, you can download emojis in SVG, font and PNG formats. These emojis also have two different options: color and black.