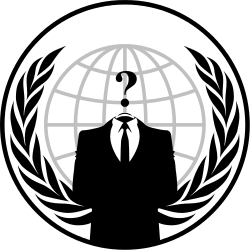 Anonymous: In a video shared on Reddit about 5 hours ago, it was revealed that Anonymous openly threatened Elon Musk.

The famous hacker group talks about Elon Musk’s electric car company seriously polluting the country and treating its employees like slaves. In the meantime, stating that child workers are working in the Lithium mines used in Tesla vehicles, the group underlined that the company is not that “green”.

Stating that Tesla has a serious fan base due to the technologies it produces, but there are different companies in this competition, Anonymous states that Elon Musk has become a spoiled troll because of this situation.

By the way, as you know, Tesla is a company that cannot profit from the products it has produced for years. Tesla was able to gain funding thanks to the carbon credits it obtained from its so-called “green” stance. According to Anonymous’s claim, Tesla bought the Bitcoins he received with incentives from the state.

However, the Bitcoins that Tesla bought seem to have disturbed some authorities due to their energy use.

According to the claims of Anonymous, the energy that Bitcoin supposedly spends has hindered Tesla’s green identity. For this reason, Elon Musk makes some posts that manipulate the market on Twitter.

As you know, Elon Musk was boosting the market by sending positive messages about Bitcoin and cryptocurrencies months ago. In recent days, he started to move the market in the opposite direction by sending negative messages in some of his tweets.

What Is The Nu Variant, What Are The Symptoms?