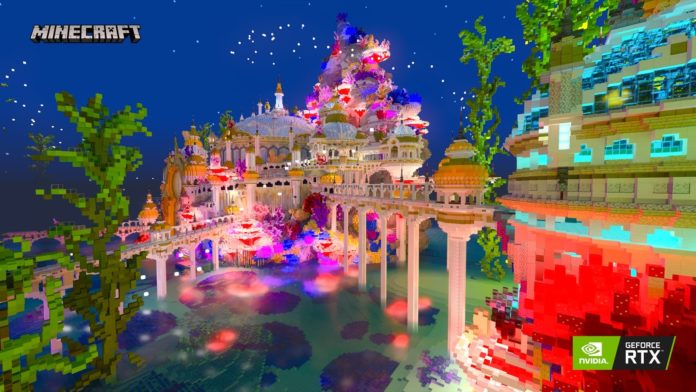 RTX supported version of Minecraft, which has been announced to have support for ray tracking technology in the past months, is coming this week. The game goes into an open beta process on Xbox Insider.

Minecraft, which was first released in 2009 and released as a full version in 2011, is still played by millions of players despite the previous years. Minecraft has reached its popularity today as it allows you to do everything in-game.

Although Minecraft has experienced changes in every sense to date, it has shown little improvement in terms of graphics. While the textures and skins in the game are being renewed, the detailed shading and light expected from a game have never been a part of Minecraft. Still, many mod developers who wanted to achieve this developed mods called ‘shader’.

Minecraft with RTX is coming out this week:
There has been a very important development for Minecraft and its players in the past months. It has been announced that NVIDIA’s ‘ray tracing technology’ offered on RTX graphics cards will now have Minecraft support. Although we have received a limited number of images from Minecraft, which has benefited from ray tracing technology to date, this situation changes next Thursday because RTX-supported Minecraft is entering an open beta process on Thursday.

Minecraft’s RTX support will transition to open beta on Xbox Insider (PC) on Thursday, April 16, 2020. Free beam tracing technology update, which will add a whole new taste to Minecraft, will add realistic shadows, reflections, lighting and much more to the game.

Minecraft open beta with RTX will host 6 private worlds that can be downloaded through the Minecraft Marketplace. Prepared by the best creative communities of Minecraft, these worlds will allow you to experience the highest level of ray tracing technology in the game.

Earn thousands of dollars by sleeping on the air